BEIJING, July 24 (Xinhua) -- The Chinese military has cut 300,000 personnel to keep the total active force at 2 million, said a white paper released by the State Council Information Office on Wednesday. 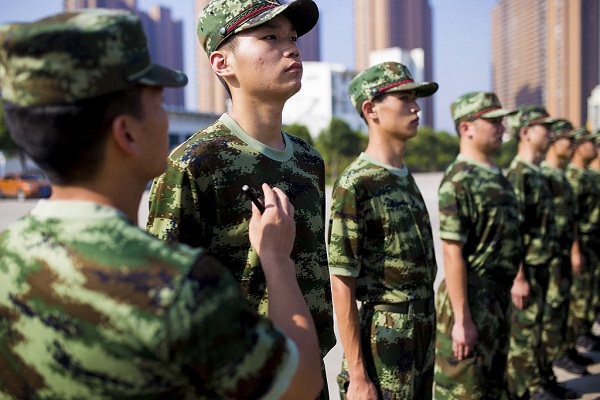 Reform measures have been taken to transfer more officer positions to non-commissioned officers and civilian staff, downsize the leading organs at all levels by reducing their subordinate sections, leadership hierarchies and staff, and streamline the institutions and personnel in arts, sports, press, publication, logistical support, medical facilities, depots, and educational and research institutes, said the white paper titled "China's National Defense in the New Era."

The number of personnel in the leading organs at and above regiment level has been cut by about 25 percent and that of non-combat units by almost 50 percent, it said.

The People's Liberation Army (PLA) has significantly downsized the active force of the PLA Army, maintained that of the PLA Air Force at a steady number, moderately increased that of the PLA Navy and PLA Rocket Force, and optimized the force structures of all services and arms, it said.

The development of China's defense reserves has been enhanced. China is streamlining the number of primary militia nationwide, driving deeper reform of militia and reserve forces in their size, structure and composition, and promoting integrated development and employment of the reserve and active forces.

The deployment of combat forces has been adjusted for a strategic configuration that meets the demands of safeguarding China's national security in the new era, according to the white paper.