China keeps door open for trade negotiations with US: MOFA 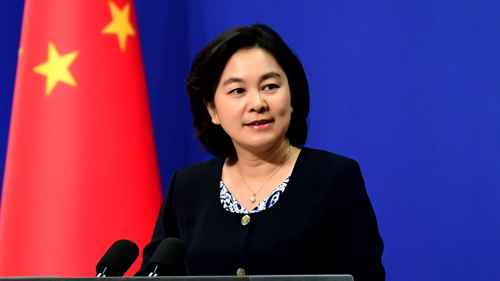 The Chinese Ministry of Foreign Affairs (MOFA) said Monday Beijing will keep its door open for trade talks with the US.

The latest round of talks between the two sides was held earlier this week amid renewed tensions following Washington's announcement on May 29 that it plans to proceed with a 25 percent tariff on Chinese imports worth 50 billion US dollars.

Asked about when the next round of China-US trade discussions will take place, Hua Chunying, spokesperson for MOFA, referred to a statement released by China on Sunday, noting that Beijing holds a clear principle on the trade issue with the US.

In Sunday's statement, China said it is willing to increase imports from multiple countries including the US, but warned that if the US implements trade sanctions, including tariffs, then all the outcomes of the China-US trade talks will be void.

Hua also reiterated China’s stance on Sino-Iranian ties when responding to a question about whether Chinese companies will follow other firms in leaving Iran after the US withdrew from the 2015 Iran nuclear deal.

Cooperation with Iran will be carried out without violation of China’s international obligations, Hua noted.