China has launched projects on lunar exploration and the measurement and controlled communication between the Earth and the Moon has been achieved for the first time, a Chinese official said at the State Council Information Office SCIO on Monday. 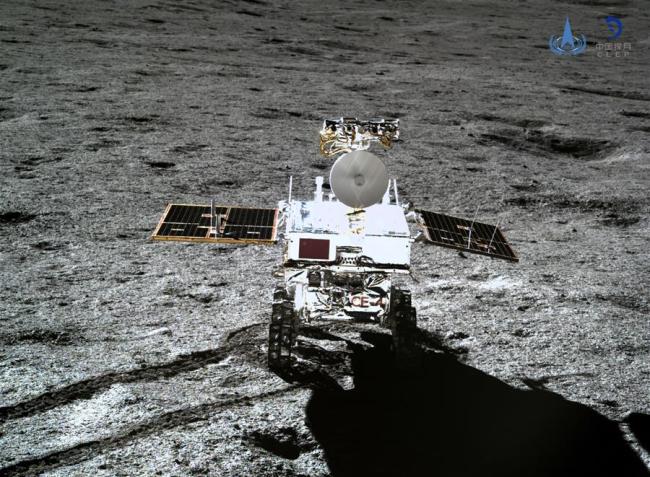 Chang’e-4 has achieved the first soft landing and patrol detection of the spacecraft on the back of the moon in human history, Wu Yanhua, deputy head of the China National Space Administration (CNSA) said at the press conference in Beijing.

The fourth phase of the lunar exploration project in China and the deep space exploration have now been unveiled, Wu said. Chang’e-5 will catty out a sampling mission and the first Mars exploration mission will be implemented around 2020.

On January 11, the Chang'e-4 mission, which realized the first-ever soft landing on the far side of the moon, was a complete success. He also introduced three key goals to achieve by 2020 in the lunar exploration program. Since 2004, the Chang’e Series has carried out five missions successfully. Chang’s-1 makes Chinese people’s dreams come true with the first round-the-moon probe and obtained a full-month stereo image of 120m resolution. Chang’s-2 made many breakthroughs by traveling over 70 million km into deep space in good condition, and the probe was carried out through the Lagrange L2 and the Tutatis asteroid with the highest resolution 7m HD full moon stereogram taken. Chang’e-3 conducted the first natural celestial soft landing and scientific research, he said.

The Chang'e-6 mission will be designed to bring samples back from the South Pole of the moon, Wu added.

The Chang'e-7 mission will carry out comprehensive surveys around the South Pole, including studying terrain and landform, physical composition as well as the space environment in the region.

The Chang'e-8 mission, in addition to scientific surveys and experiments, will test key technologies to lay the groundwork for the construction of a science and research base on the moon.