A recital of Chinese classical texts, including the Three Character Classic, was held by six Chinese pupils from Nanning City in south China's Guangxi Zhuang Autonomous Region along with 20 local pupils in Luang Prabang in Laos. 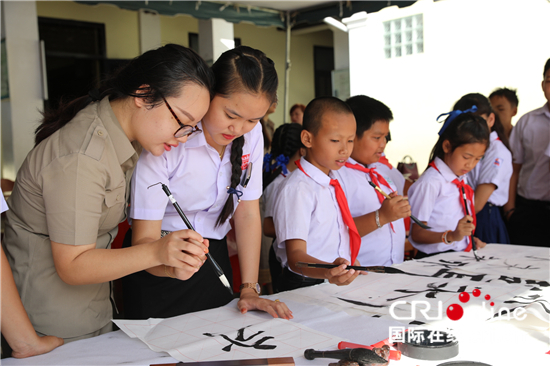 Xinhua reports that the event, which was held on Wednesday, was a collaboration between institutions in China and Laos. As well as reciting Chinese classic texts, the students also performed Chinese folk dances in from of an audience of around 300 people. 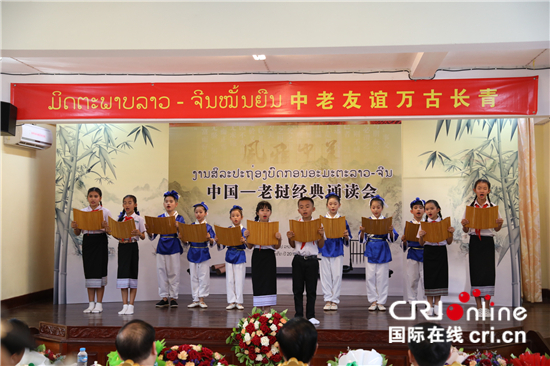 Students from China and Laos recite Chinese classic texts on stage in Luang Prabang on Wednesday, July 4, 2018. [Photo: China Plus]

The students and their parents also had the opportunity to write calligraphy, make dumplings, and braid traditional Chinese knots as part of the event that was designed to celebrate Chinese culture.