Construction of the cross-border Friendship Tunnel on the China-Laos railway is proceeding smoothly, the China Railway No.2 Group Co, which is in charge of the project, said on Sunday. 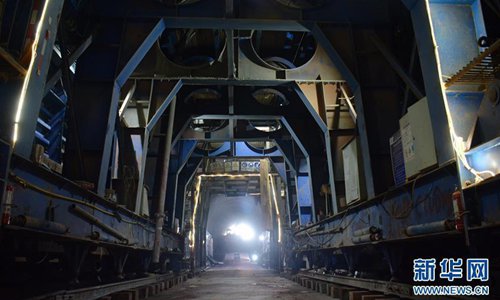 "We have made a 300-meter entrance into the cross-border mountains, and will have half of the job done on the Lao side at the end of this year," Wang Xiaodong, Party secretary of the construction unit boring the Friendship Tunnel from the Lao side, told the Xinhua News Agency. 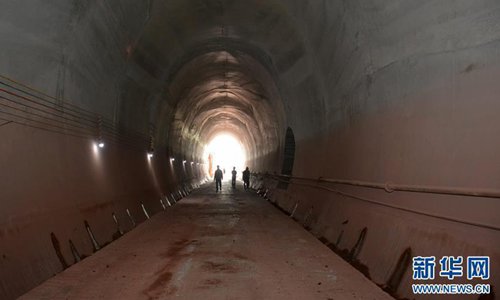 The construction site of Ban Somsanook No 2 Tunnel in Laos' Vientiane Province, on Dec. 12, 2017. 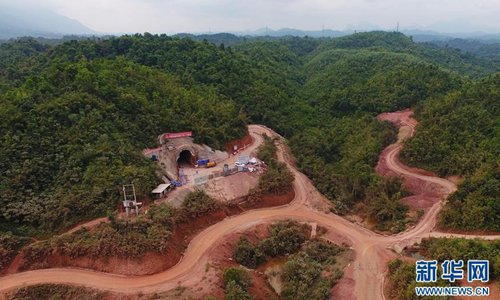 The aerial view of Ban Somsanook No 2 Tunnel in Laos' Vientiane Province on Dec. 12, 2017.

The 9,595-meter tunnel has two parts, 7,170 meters in China and 2,425 meters in Laos. The entrance on the Lao side is finished and landscaping is in progress.