VIENTIANE, Feb. 21 (Xinhua) -- China and Laos have pledged to work together to further develop the bilateral relations in a bid to score greater achievements. 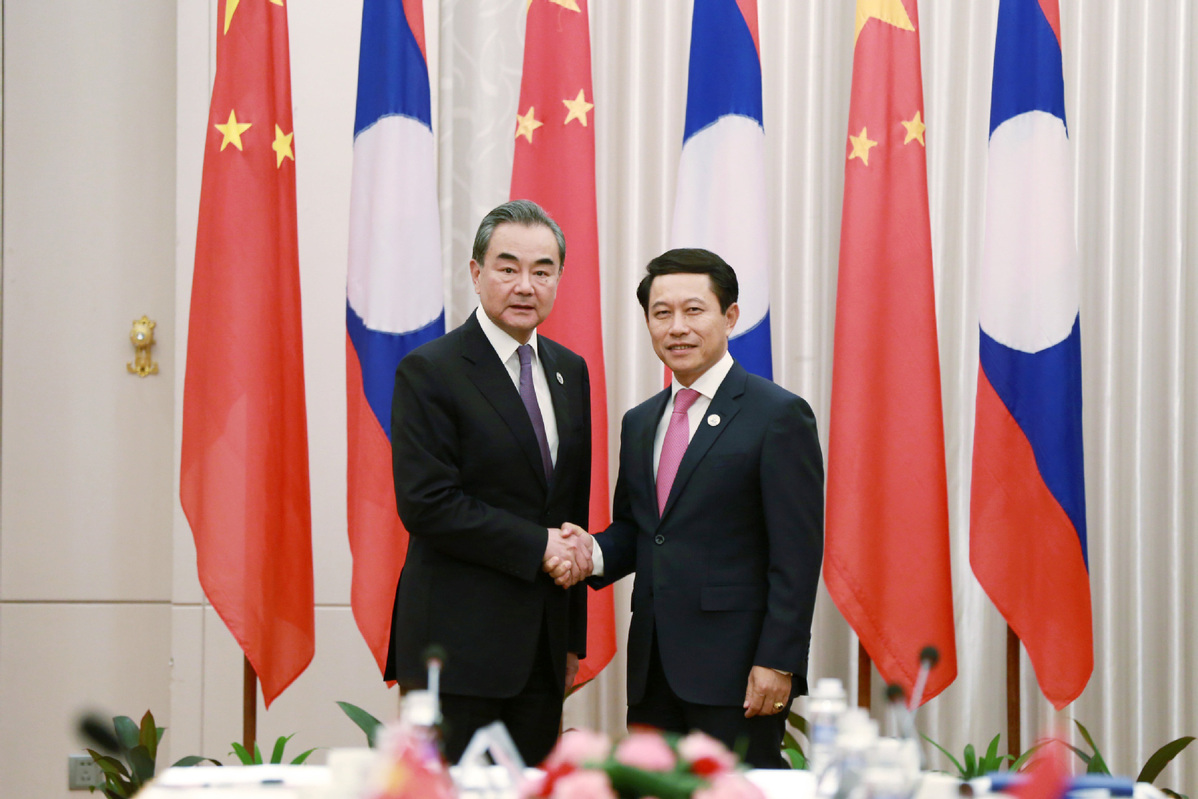 The two meetings on Thursday spoke highly of the measures China has taken to prevent and control the spread of the epidemic, expressed confidence in and voiced support for China in winning the fight against the disease, and reached consensuse to work together to tide over the difficult time, thus demonstrating China, Laos and the Association of Southeast Asian Nations have had the good tradition of supporting and helping one another in difficult times, Wang said.

Noting that the development of ties between China and Laos has entered a new era when the two sides are joining hands to forge a China-Laos community with a shared future, Wang said while prioritizing the implementation of the consensus reached between the leaders of the two countries and grasping the opportunity that China and Laos will mark the 60th anniversary of the establishment of the diplomatic relations next year, China is willing to work together with Laos to strengthen all planning and press forward exchanges and cooperation in all fields so as to write a new chapter in the development of their traditional friendship.

China is also ready to maintain high-level exchanges with Laos, further share governance experience, push forward the construction of the China-Laos Railway and the China-Laos Economic Corridor, and earnestly carry out projects related to people's wellbeing so as to let the ordinary people benefit from the cooperation between the two countries, Wang said.

The two sides should also speed up the implementation of the action plan on building a China-Laos community with a shared future, which will significantly accelerate Laos' socio-economic development, promote the trust and unity between the two countries and help to safeguard their common interests in international arena, he added.

The Lao foreign minister, for his part, while applauding the great efforts China has made to combat the epidemic, said his country will stand firmly with China in this regard. He believed that China will surely win the fight against the disease.

Saleumxay Kommasith said the Lao side has attached great importance to the consensus on forging a China-Laos community with a shared future reached between the leaders of the two countries and has held a high-level meeting on implementing the action plan recently.