China, Laos to promote cooperation on economic corridor, other projects 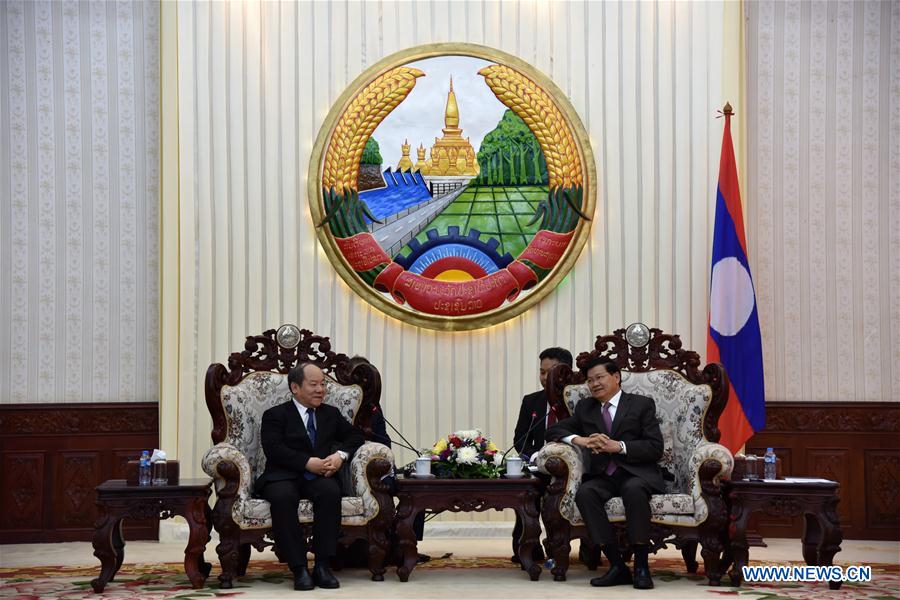 The visit was aimed at implementing bilateral consensus on building the China-Laos Economic Corridor, steadily pushing forward China-Laos productivity capacity cooperation as well as the construction of the China-Laos railway.

During his visit, Ning called on Lao Prime Minister Thongloun Sisoulith and Deputy Prime Minister Somdy Douangdy, and held meetings with Minister of Planning and Investment Souphanh Keomixay and other officials of the China-Laos Economic Corridor working group members including the Lao Ministry of Energy and Mines, Ministry of Agriculture and Forestry and National Economic Research Institute.

The Chinese delegation, during the visit, went to the China-Laos railway project construction sites and Vientiane-Vangvieng expressway project headquarters to conduct a field research.