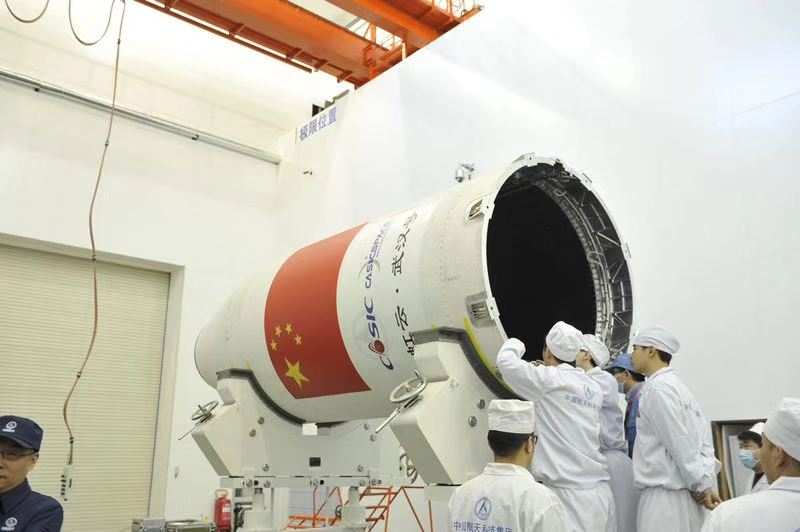 Based on space-based Internet access capability, the system will integrate low-track navigation enhancement and diversified remote sensing to integrate information.

The satellite is the first experiment of the Hongyun project and will carry out Internet trial and application demonstration.

It is also the first satellite of Hongyun Engineering, and has been developed by China Aerospace Science and Industry Corporation (CASIC).

The Long March-11 carrier rocket is in its 295th mission.

The Hongyun Project is designed to be a low-orbit globe-spanning broadband Internet access network based on a satellite constellation of 156 satellites.

The project features the integration of communication, enhanced low-orbit navigation and verified remote sensing, which are all reliant on space-based Internet access capabilities.

The project is also expected to bring broadband Internet access to remote areas in China, representing a major step for China in applying advanced tech, such as the multi-beam millimeter-wave phased array communication antenna, to the in-orbit test, said CASIC.

Moreover, it represents a major step in China's commercialization and industrialization of space technologies.

After the launch of the satellite, four more satellites will be launched by 2020 to form a satellite constellation.

By the middle of the 14th Five-Year Plan (2021-2025), all 156 satellites will be capable of meeting stipulated comprehensive operation requirements.

According to its developer, they will be tailored for various kinds of signal receivers such as fixed, portable and vehicle-mounted receivers, in order to meet demands from different users.

(Xinhua contributed to the story)