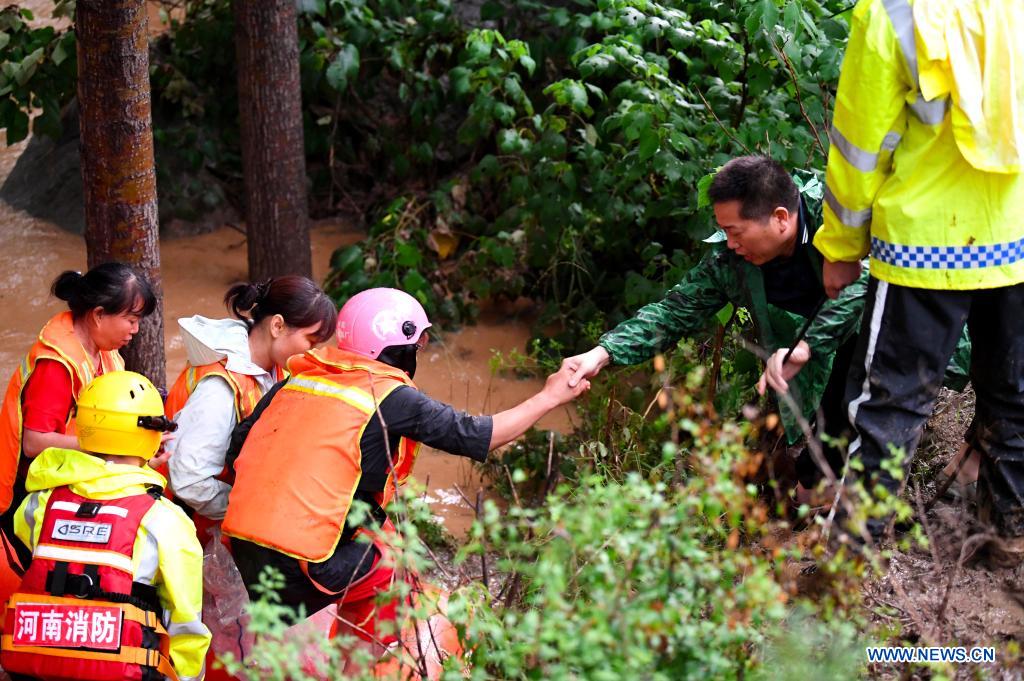 In the provincial capital city of Zhengzhou, 617.1 mm of rainfall fell over a three-day period starting on Saturday night, close to the city's average annual amount.

The city registered a record hourly precipitation rate of 201.9 mm from 4 pm Tuesday. The city also broke its own single-day precipitation record, hitting its highest level on local weather records. 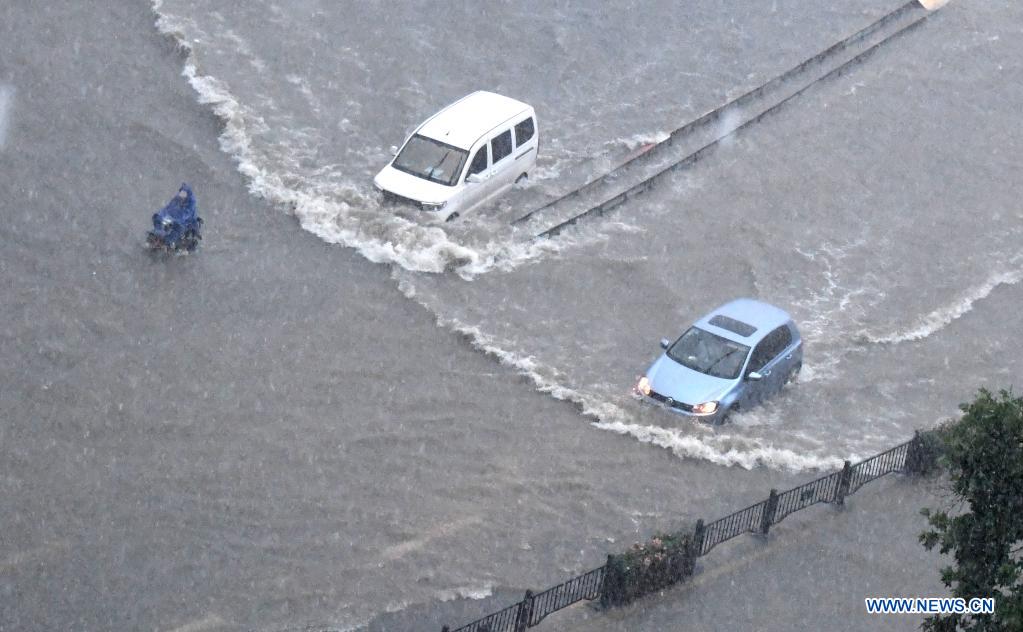 So far, a total of 25 people have been killed and another seven reported missing in the torrential rains in Zhengzhou. Across the province, over 1.24 million people have been affected and about 164,710 people relocated to safe places.

Massive rescue and relief efforts are underway to deal with the impact of the prolonged heavy rainfall.

President Xi Jinping, also general secretary of the Communist Party of China Central Committee and chairman of the Central Military Commission, on Wednesday demanded that authorities at all levels must give top priority to securing people's safety and property, and should carefully and strictly implement the flood prevention and disaster relief measures.

Meteorological researchers said the havoc was the result of extreme weather conditions. The terrain on Henan's Taihang and Funiu mountains lifted up the easterly air, causing heavy rainfall to persist in the mountainous western and northwestern areas of Henan.

The heavy rain has significantly increased the risk of mountain torrents and geological disasters in the mountainous western and northwestern regions of the province.

The water levels of small and medium-sized rivers and reservoirs in the Yellow River and Haihe River basins have risen rapidly, and large-scale urban waterlogging and farmland flooding have occurred.

On Tuesday afternoon, Zhengzhou Metro announced a halt to all of its services. Water had gushed into stations of metro line 5 and left over 500 passengers in waist-high floods.

"I was really scared. The most terrible thing was not the water, but the air that was getting thinner and thinner. Many people had symptoms of breathing difficulties," recalled a female survivor surnamed Li.

Floods and downpours have also affected rail services and flights. With a red alert for flight delays in place from 8 pm Tuesday to noon on Wednesday, all flights due to land at the airport in Zhengzhou were canceled.

Services were suspended for more than 160 trains at Zhengzhou East Railway Station, stranding a large number of passengers.

Traffic has also been disrupted in a number of national and provincial highways in Henan due to flooding and collapsed roads. 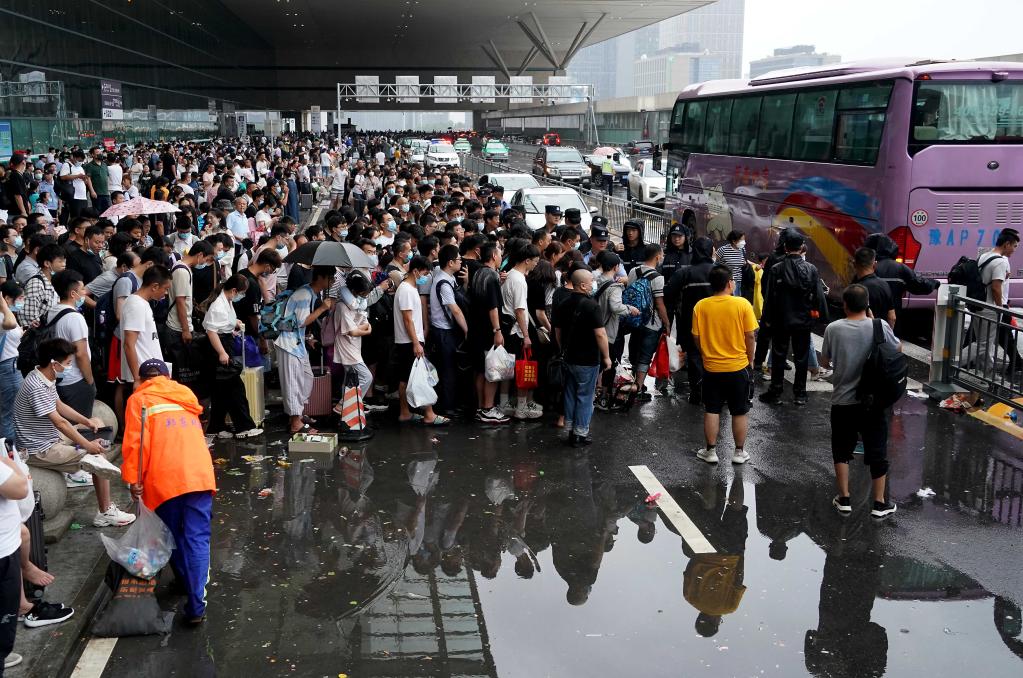 Stranded passengers queue to board a bus at the Zhengzhou East Railway Station in Zhengzhou, capital of Central China's Henan Province, July 21, 2021.

The MEM has dispatched a working team to the affected areas in Henan to help local authorities with disaster relief work.

A rescue team of 1,800 firefighters has been deployed to the flood-hit regions from seven neighboring provinces, together with boats, pumping vehicles and flood rescue kits.

As of 5 am Wednesday, Henan has also dispatched 17,280 firefighters to help with the rescue work.

To restore the storm-damaged communication networks in Zhengzhou, local telecommunication companies have rushed to repair at least 6,300 base stations and 275 km of optical fiber cables.