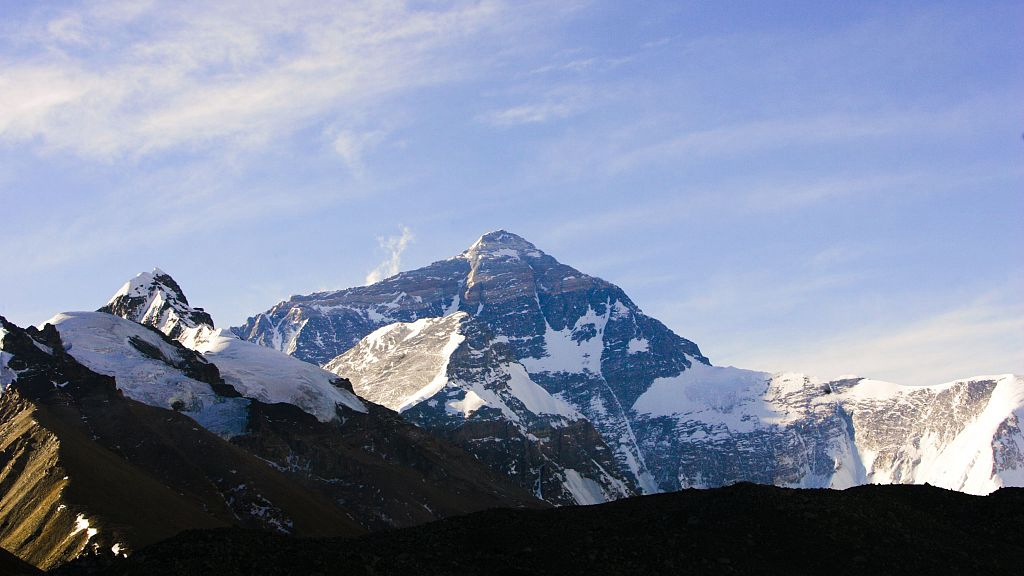 China on Thursday initiated a new round of measurement on the height of Mount Qomolangma, the world's highest peak.

The measurement team, consisting of members from the Ministry of Natural Resources (MNR) and the national mountaineering team, has arrived at the base camp of the peak for training on mountain climbing and surveying skills in the high-altitude region, making preparation for the measurement planned in May.

A total of 53 members from the MNR have conducted preliminary leveling, gravity, global navigation satellite system and astronomical surveys since March 2.

The measurement mission is being organized by the MNR, Ministry of Foreign Affairs, General Administration of Sport and government of Tibet Autonomous Region.

Located at the China-Nepal border, Mount Qomolangma is recognized as a symbol of the friendship of the two countries. According to a joint statement signed between the two countries last October, the two sides will promote cooperation in different fields, including addressing climate change and protecting the environment, and jointly announce the height of Mount Qomolangma and conduct scientific researches.

This year marks the 65th anniversary of the establishment of diplomatic relations between China and Nepal, the 60th anniversary for human beings to reach the summit of Mount Qomolangma via the north ridge, as well as the 45th anniversary for China to accurately measure and announce the height of the peak for the first time.

Li Guopeng, a team leader from the MNR, said the BeiDou Navigation Satellite System and homegrown surveying equipment will be applied to the measurement.

The team will use aerial gravity measurement to improve the accuracy, and the three-dimensional technology will provide a visual demonstration of the natural resources of Qomolangma, according to Li. The measurement team will climb to the summit to obtain reliable data.

Li said results can be applied to various research fields including plate motion in geodynamics. The team will also collect the latest data on snow depth, weather and wind speed at the summit to facilitate glacier monitoring and ecological protection.

Since the founding of the People's Republic of China in 1949, Chinese surveyors have conducted six rounds of scaled measurement and scientific research on Mount Qomolangma and released the height of the peak twice in 1975 and 2005, which was 8,848.13 meters and 8,844.43 meters respectively.