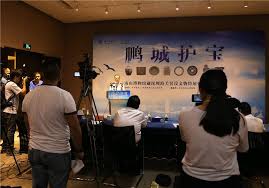 China's cultural relics regulator on Tuesday vowed to launch its largest-ever nationwide crackdown on the smuggling of relics amid rising crime.

The State Administration of Cultural Heritage's Wechat account says it is cooperating with the Ministry of Public Security(MPS) to mobilize local officials for a six-month crackdown on resurrecting, stealing, selling and smuggling cultural relics.

MPS Vice Minister Li Wei warned that the tactics used in crimes involving relics have become more professional and the gangs usually cooperate with the mafia.

China has stepped up its efforts to fight crimes involving cultural relics. In a rare move, a local court in Northeast China's Liaoning Province sentenced the head of a tomb raiding gang to death with a two-year reprieve in April 2016.

Liu Yang, a Beijing-based lawyer who has been working to retrieve Chinese relics overseas, told the Global Times that tomb raiders may have made more excavations than archeologists, and the antiquities recovered were usually sold overseas for a better price or purchased by private or even public museums.

Many exquisite artifacts looted or smuggled during Western invasions of China in the 19th century are still scattering overseas, serving as a reminder of Chinese people's humiliation.

In November, China established an online platform to provide information on stolen or lost cultural relics to help the country reclaim lost or stolen relics from overseas while motivating the public to join in protecting relics. More than 10 million Chinese cultural relics have yet to be recovered.

Huo Zhengxin, a law professor at the China University of Political Science and Law, told the Global Times on Tuesday that commercial purchases, diplomatic negotiations and donations could also be ways for the relics to make their way back to China.

A stone head created by the Xianbei people, an ancient ethnic group, was returned to China on Friday after nearly 100 years.