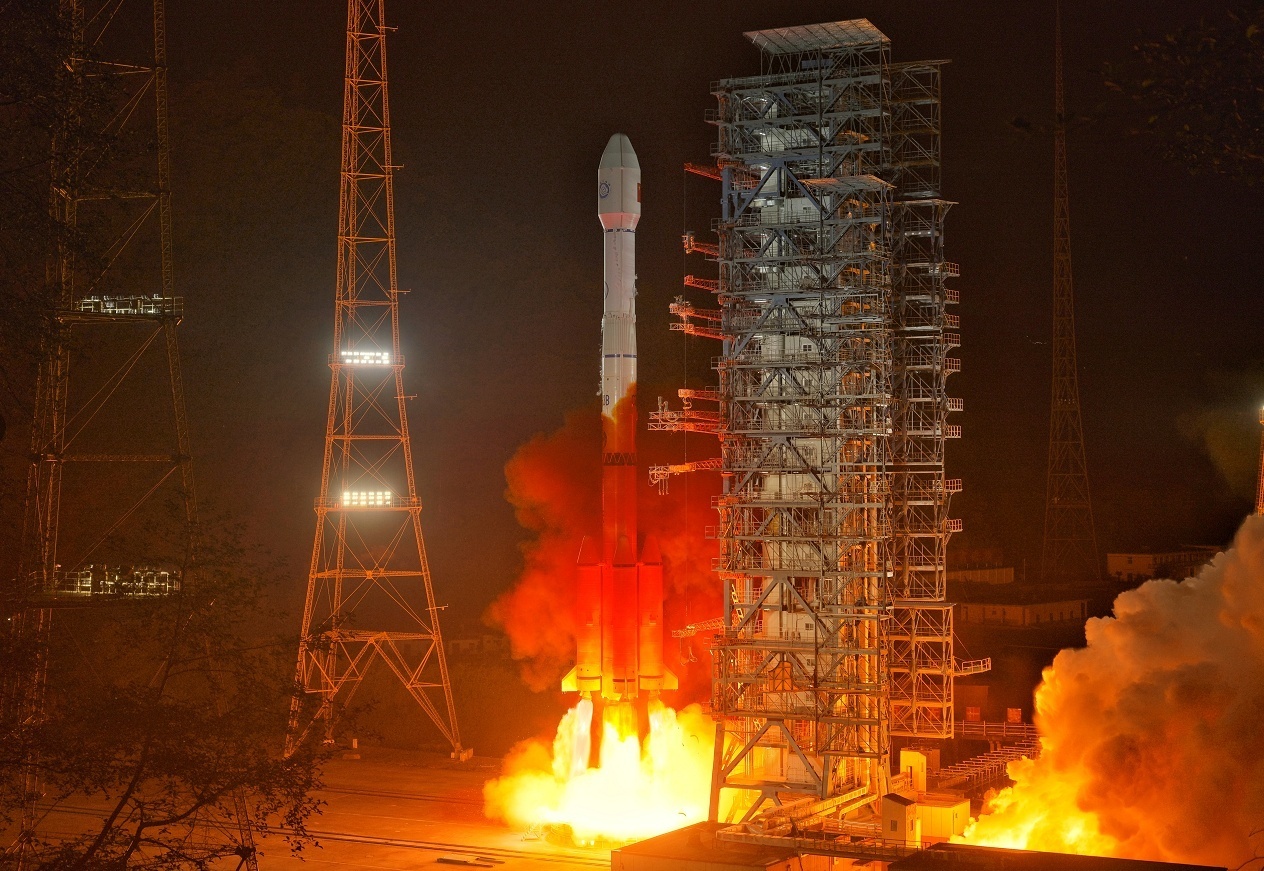 The satellite, Fengyun-4B (FY-4B), was launched by a Long March-3B rocket at 00:17 a.m. (Beijing Time). This was the 372nd flight mission of the Long March rocket series, the launch center said.

The first of China's new-generation meteorological satellites in geostationary orbit, the FY-4B will be used in the fields of weather analysis and forecasting, and environmental and disaster monitoring.

The satellite and rocket were developed by the Shanghai Academy of Spaceflight Technology and the China Academy of Launch Vehicle Technology, respectively. Both belong to the China Aerospace Science and Technology Corporation.

The China Meteorological Administration is responsible for the construction and operation of the satellite's ground application system.

The FY-4B will form a network with FY-4A, which was launched into space in December 2016, to provide more accurate and faster weather data.

Compared with its predecessor, the FY-4B has a longer lifespan of seven years and an improved observing capability. It can increase the network efficiency of image formation and significantly reduce the update period.