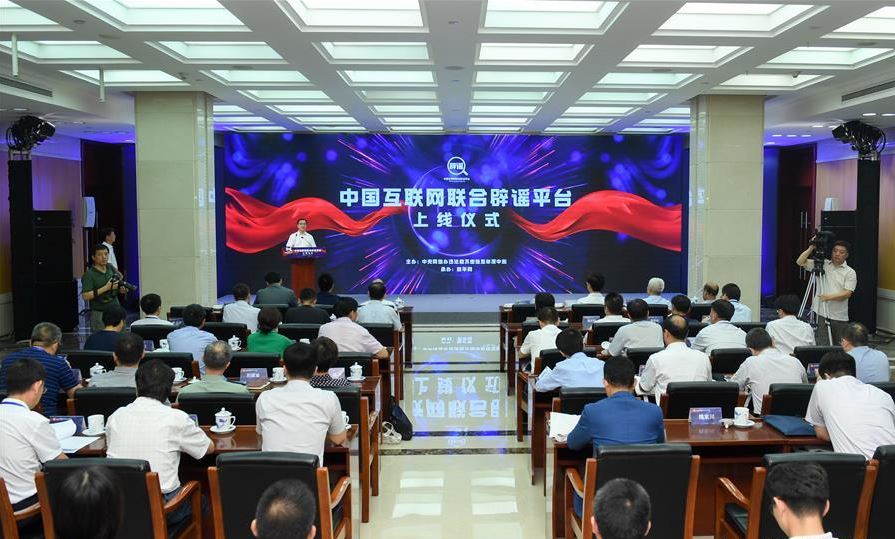 A launching ceremony of a national-level platform to alert the public about online rumors and refute slander is held in Beijing, capital of China, Aug. 29, 2018. (Photo: Xinhua/Chen Yehua)

A national-level platform to alert the public about online rumors and refute slander was launched in Beijing Wednesday.

The platform is hosted by the Internet Illegal Information Reporting Center under the Office of the Central Cyberspace Affairs Commission and operated by xinhuanet.com.

The platform operates under the guidance of 27 units, such as the Party School of the Central Committee of the Communist Party of China, and the National Development and Reform Commission.

The platform allows the public to quickly discover and debunk rumors floating around online, while at the same time throwing light on pseudoscientific theories.

So far, more than 40 rumor-refuting platforms have been integrated into the national one. Cutting-edge technology is also utilized to improve performance at tackling online rumors.

While the internet has become a vital source for the public to acquire daily information and express opinions, a number of problems including spreading rumors and illegal information, continue to exist and disturb social order.