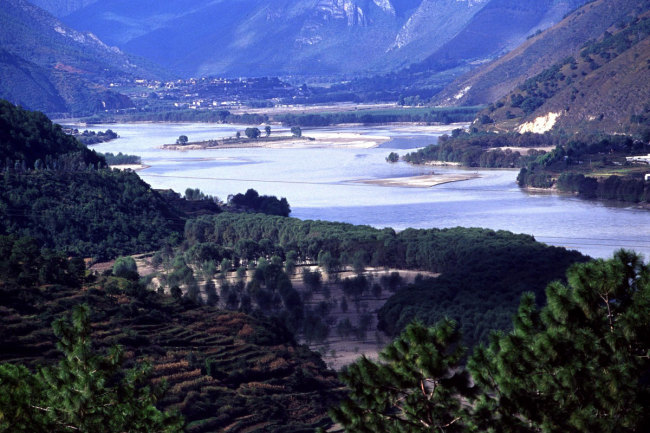 Jinsha River at the headwater region of the Yangtze River. (Photo: VCG)

Chinese scientists launched a scientific expedition in the headwater region of the Yangtze River, China's longest river, Sunday, said sources with the Ministry of Water Resources.

The comprehensive scientific expedition, jointly carried out by the Changjiang River Scientific Research Institute (CRSRI) of the Changjiang Water Resources Commission and the water conservancy departments of northwest China's Qinghai Province, aims to further explore the water resources and ecology in the region, including hydrology, silt content and soil erosion, according to the CRSRI.

Compared with the previous expeditions, researchers will also conduct a series of studies focusing on fish habitats, aquatic microorganisms and the evolution of marsh wetlands in the region this year.

Since 2012, the CRSRI has carried out a total of eight comprehensive scientific expeditions to the river's headwaters over seven consecutive years, providing considerable first-hand data for research projects such as the protection of the Yangtze River and the construction of Sanjiangyuan National Park.

The CRSRI has built the region's only scientific research base in Zadoi County of Yushu Tibetan Autonomous Prefecture at an altitude of more than 4,000 meters so as to perform the expedition on a regular basis.