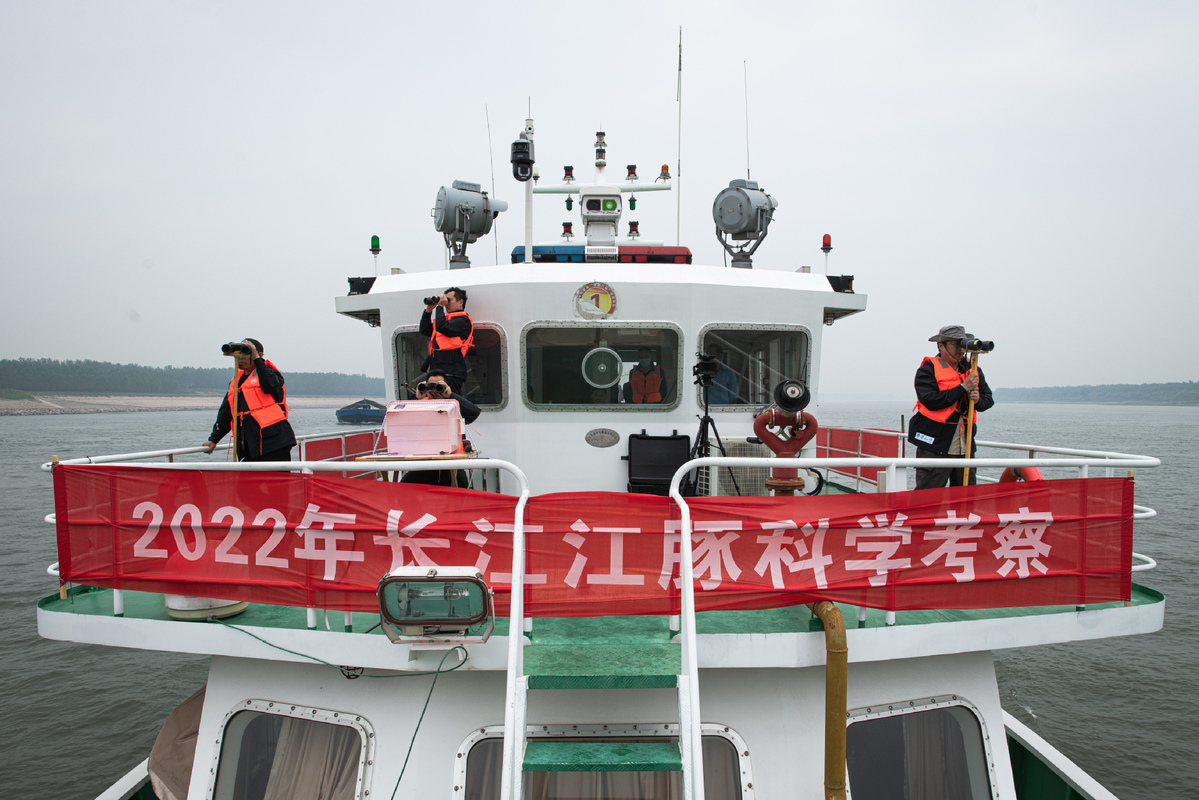 Researchers use binoculars to conduct monitoring work during a scientific expedition on Yangtze finless porpoises at the Shishou section of the Yangtze River, Central China's Hubei province, Sept 23, 2022. China launched a scientific survey of Yangtze finless porpoises, an iconic species in the country's longest river Yangtze, on Monday, with an aim to formulate a more targeted protection plan for the species. Photo/Xinhua

Organized by the Yangtze river basin fishery administration under the Ministry of Agriculture and Rural Affairs, the expedition has been jointly undertaken by local fishery authorities of six provincial-level regions, scientific research institutions, and social organizations.

Data on the porpoise population and distribution, as well as the environment of its habitats, will be collected during this scientific expedition to determine the factors that may threaten the species and evaluate the effect of the current protection measures.