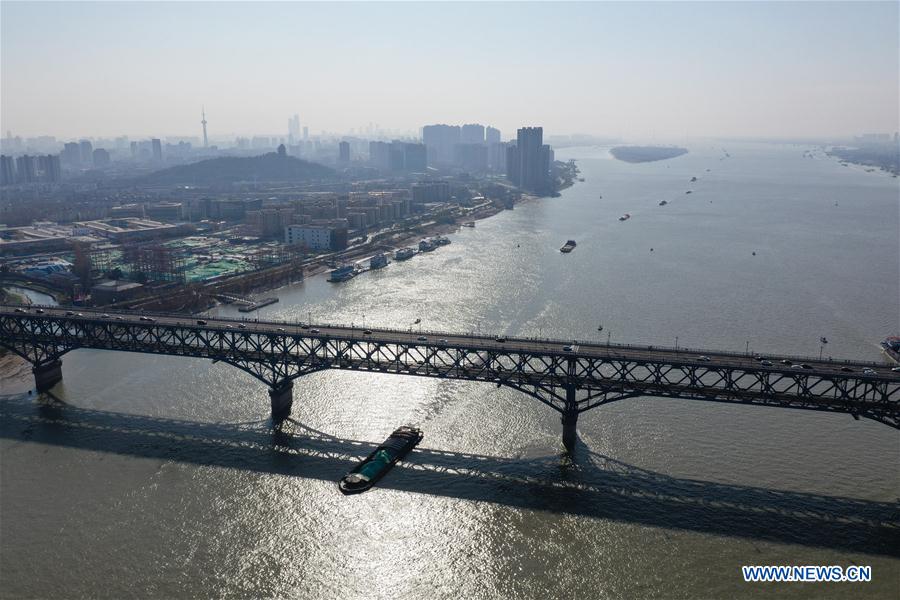 CHONGQING, Feb. 15 (Xinhua) -- The Ministry of Ecology and Environment (MEE) announced the launch a special campaign to inspect the sewage outlets to the Yangtze River Friday.

To inspect and manage the contamination from the sewer drains is fundamentally important in improving the ecological environment of the Yangtze River, said Zhai Qing, vice minister of the MEE.

The campaign will last for two years, aiming to grasp a general picture of the number of the sewage outlets to the Yangtze River, monitor the sewer drains, detect the source of pollution and control and curb the pollution.

The inspection will cover 11 provinces and cities along the Yangtze River Economic Belt, including Sichuan province and the municipalities of Chongqing and Shanghai.

The trunk stream, major tributaries and Taihu Lake will be the focus of the inspection, the MEE said.

"Not a single sewage outlet to the Yangtze River could be left out," said Zhai, adding that this round of inspection will be based on the previous work but go further and deeper. Enditem