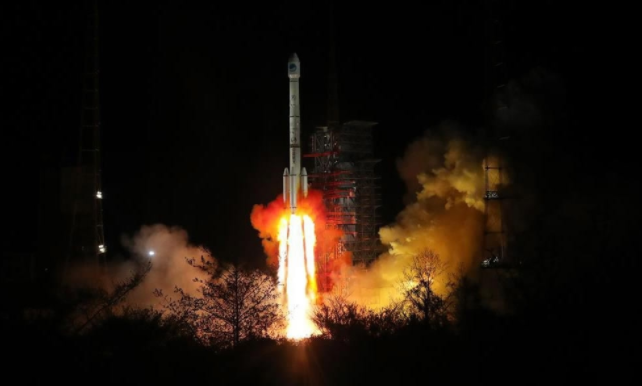 China launched two satellites via a single carrier rocket to support its global navigation and positioning network at 1:46 am on Friday.

The satellites, the 30th and 31st for the BeiDou Navigation Satellite System (BDS), were launched aboard a Long March-3B carrier rocket from Xichang Satellite Launch Center in the southwestern province of Sichuan.