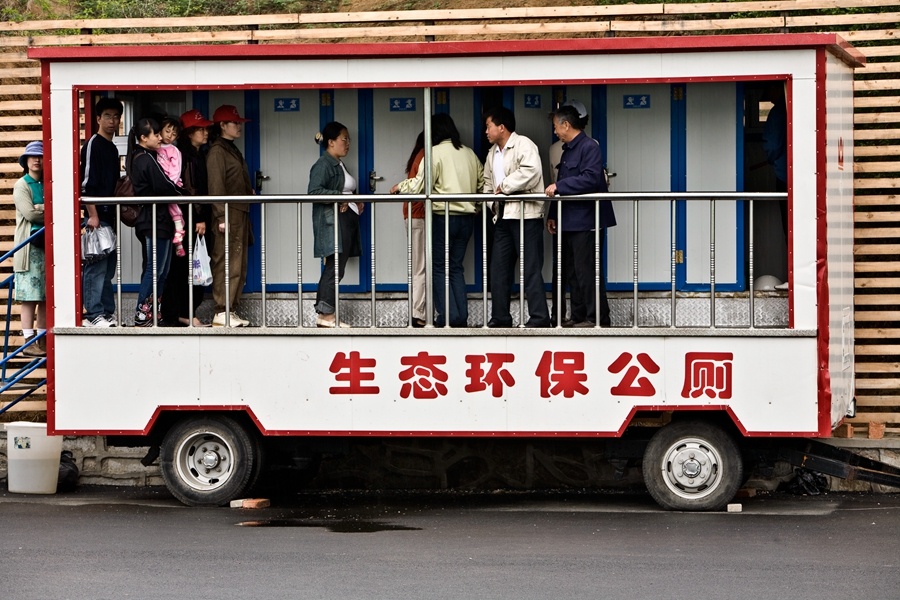 Visitors to the World Horticultural Exposition line up to go to the toilet in a mobile "eco-environmental public toilet" in Shenyang, Liaoning, May 21, 2006. (Photos provided to China Daily)

Among them, the words of Zhou Gucheng, a professor of Jinan University, are the shortest and most powerful. "My first dream of a future China is that everyone has the opportunity to sit on a close-stool."

In China today, flush toilets have become the basic amenity for most families, and public toilets can be easily found everywhere in most cities. There were only 500 public toilets in Beijing in 1949, whereas in 2018, the number of public toilets in Beijing was 19,008, ranking first in the world among megacities. Within the city's Fourth Ring Road, there are about 20 public toilets per square kilometer, and people can find toilets within 5 minutes of walk. China is now concentrating on cracking this tough problem in its rural regions. 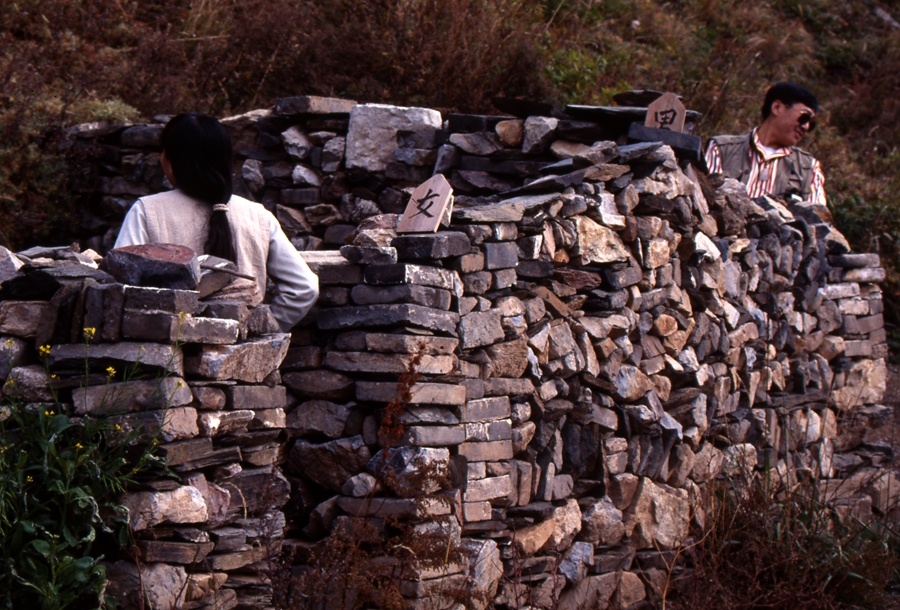 The "Three-Year Action Plan for the Improvement of Rural Living Environment" was passed On Nov 20, 2017, at the first meeting of the 19th Central Leading Group for Comprehensively Deepening Reform. The conference chaired by President Xi Jinping marked a beginning of China's "toilet revolution" at the national level.

Fast forward to 1932, when China was facing a tough challenge both domestic and foreign, Shanghai's Oriental Magazine published a notice inviting people from all walks of life to contribute to their Chinese New Year's Dreams event. More than 140 people including the renowned scholars Lu Xun, Lin Yutang, and Hu Shi had published 244 articles envisioning China's future.