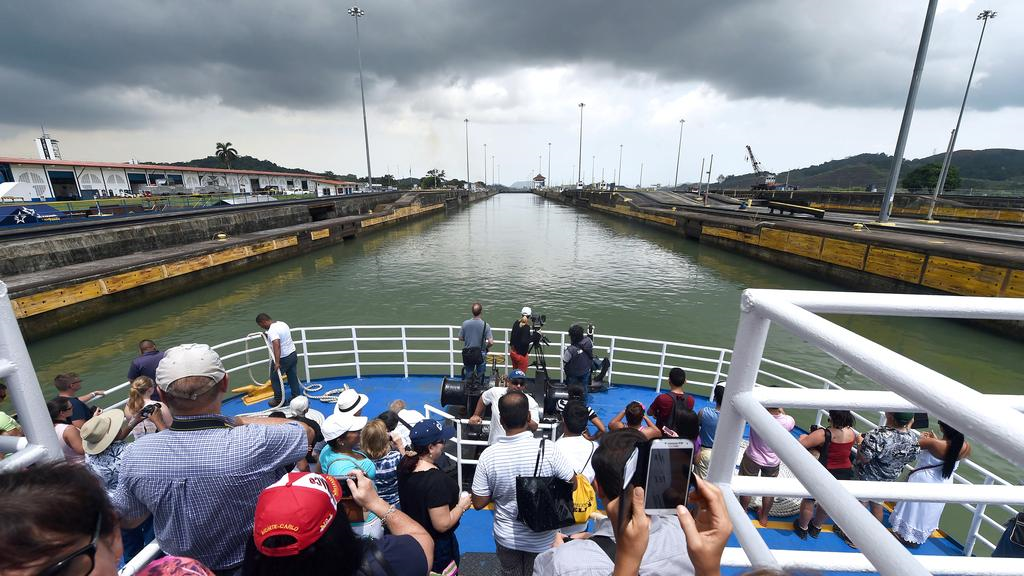 Pedro Miguel Locks on the Panama Canal. A new cruise terminal nearby is set to boost tourism in the country. Photo: AFP

Terminal will make the Perico Island area near the entrance to the country's transoceanic canal a tourist destination.

A group including China Harbour Engineering Company (Chec) has started building a US$165 million port in Panama for cruise ships, the first project announced between China and the Latin American nation since they re-established diplomatic ties this year.

The consortium, which includes Chec and the Belgian company Jan de Nul, will build a terminal that the representative Wang Bo said would make the Perico Island area near the entrance to the country's transoceanic canal a tourist destination.

In June, Panama established diplomatic ties with China, breaking with self-ruled Taiwan in a major victory for Beijing, the second most important customer of its key shipping canal.

Mr Wang added that Chec, a subsidiary of state-run China Communications Construction Company (CCCC) has contracts across the Americas worth $7 billion.

Panama's president Juan Carlos Varela highlighted the participation of the Chinese company as an advantage of having re-established diplomatic ties, and said his next foreign trip would be to China.

"The diplomatic steps we made are bringing very precise benefits to the people of Panama with projects like this where Chinese companies are participating with efficient costs," he said.