BEIJING, Aug. 12 (Xinhua) -- By the end of 2020, China had lifted all the 98.99 million rural residents living below the current poverty line out of poverty after eight years of efforts, according to a white paper. 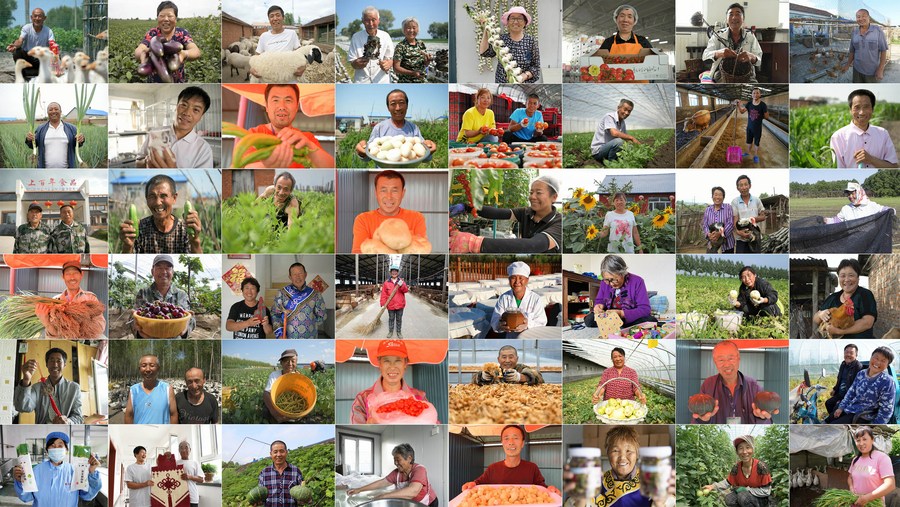 Combo photo taken between July and October 2020 shows villagers, who used to be registered as impoverished households in over 20 cities and counties of northeast China's Heilongjiang Province, smiling as they have benefited from the businesses under poverty alleviation program. (Xinhua)

Titled "Moderate Prosperity in All Respects: Another Milestone Achieved in China's Human Rights," the white paper was released by the State Council Information Office on Thursday.