CHINA China lodges solemn representations with US over Taiwan issue

China lodges solemn representations with US over Taiwan issue 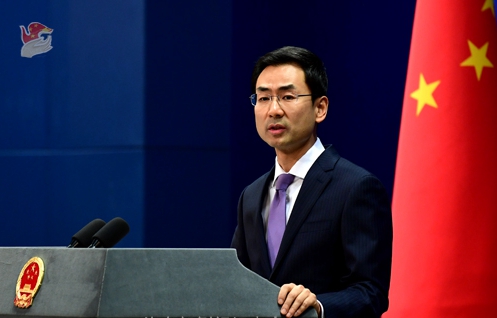 China has lodged solemn representations with the United States as Taiwan's leader Tsai Ing-wen reportedly plans to "make a stopover" in the country next month, a Foreign Ministry spokesperson said Tuesday.

Spokesperson Geng Shuang told a routine news briefing that the one-China principle is the general consensus of the international community. He said any attempt to create 'two Chinas' or 'one China, one Taiwan' will be firmly opposed by the Chinese people, and such an attempt is not in accordance with the fundamental interests of the people of Taiwan.

"We urge the Taiwan authority to return to the right track set in the 1992 Consensus," Geng said.

He said China has already lodged solemn representations with the United States. China resolutely opposes the United States or any other country that has established diplomatic relations with China arranging such contacts with Taiwan and this position is clear and firm.

"We urge the United States to abide by the one-China policy and the principle of the three joint communiques, not to allow Taiwan leader to 'make a stopover' and not to send any wrong signals to 'Taiwan independence' forces, and maintain China-U.S. relations as well as peace and stability in the Taiwan Strait with practical acts," Geng said.