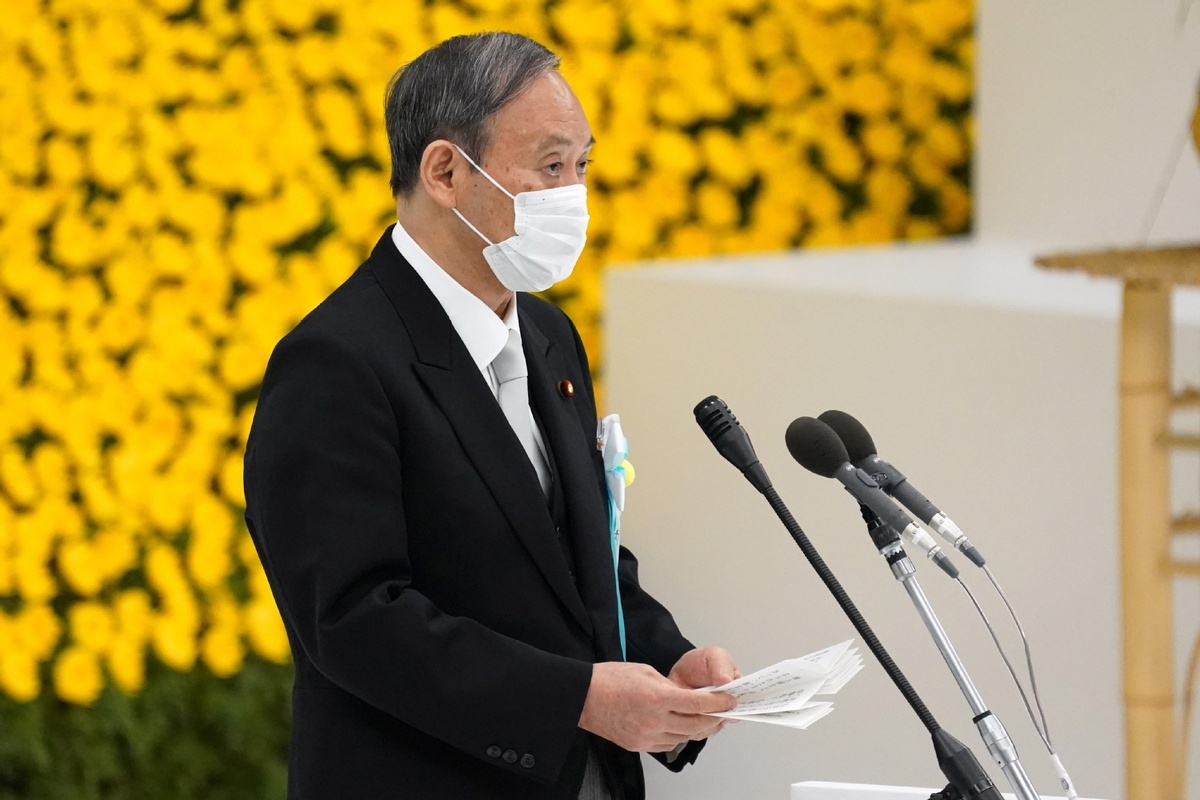 China has lodged stern representations to the Japanese and urged Japan to earnestly honor its statements and commitments on facing up to and reflecting on its invasion history, said China’s Foreign Ministry spokesperson Hua Chunying on Sunday.

Hua made the remarks at a regular press briefing in response to wrongdoings relating to the Yasukuni Shrine. Earlier that day, Prime Minister Yoshihide Suga sent a ritual offering to the shrine, while former prime minister Shinzo Abe, several cabinet members and parliamentarians made separate visits to the notorious shrine in person on Sunday or on the days before.

The Yasukuni Shrine is a spiritual symbol of Japan’s past militarism and honors 14 Class-A convicted war criminals from World War II, said Hua.

Hua stressed that today is the 76th anniversary of Japan’s World War II defeat and unconditional surrender. Seventy-six years ago, the Chinese people, together with people all around the world, defeated Japanese militarist invaders and fascism, achieving a great victory of good over evil, light over darkness, and progress over backwardness. “This historic moment deserves to be forever remembered by the international community.”

“Some Japanese politicians’ moves once again show their wrong attitude toward the history of aggression, which is a desecration of historical justice and hurts the feelings of Asian victims, including China,” Hua said.

China has lodged stern representations to the Japanese side, expressing strong dissatisfaction and resolute opposition.

“We urge the Japanese side to earnestly honor its commitment of reflecting, squarely face up to its history of aggression, and win trust from its Asian neighbors and the international community through practical actions,” Hua added.