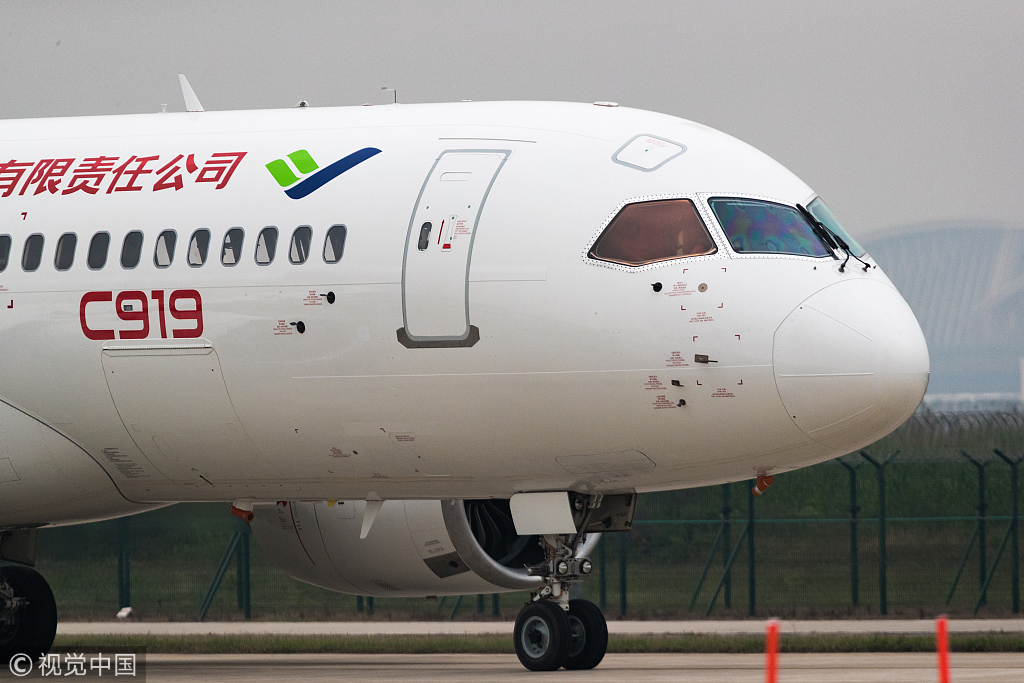 BEIJING, Sept. 22 (Xinhua) -- The first China-made landing gear for the C919 large passenger aircraft has been delivered to the developer, according to the state-owned Aviation Industry Corporation of China (AVIC).

The domestically-made nose landing gear and main landing gear have undergone various tests before being delivered on Wednesday by a China-Germany joint venture to the Commercial Aircraft Corporation of China (COMAC), the developer of C919, said AVIC.

They were made by Liebherr LAMC Aviation (Changsha) Co., Ltd. in Changsha, central China's Hunan Province, which focuses on developing landing gear systems for the country's aircraft projects.

To date, the company has created the assembly and test lines for the C919 landing gear, a major step forward for the joint venture to become the first-tier supplier of domestic large passenger aircraft.

Before this, the company also delivered the landing gear for the ARJ21 new regional jetliners.

Both the C919 and ARJ21 aircraft are developed by the state-owned COMAC.