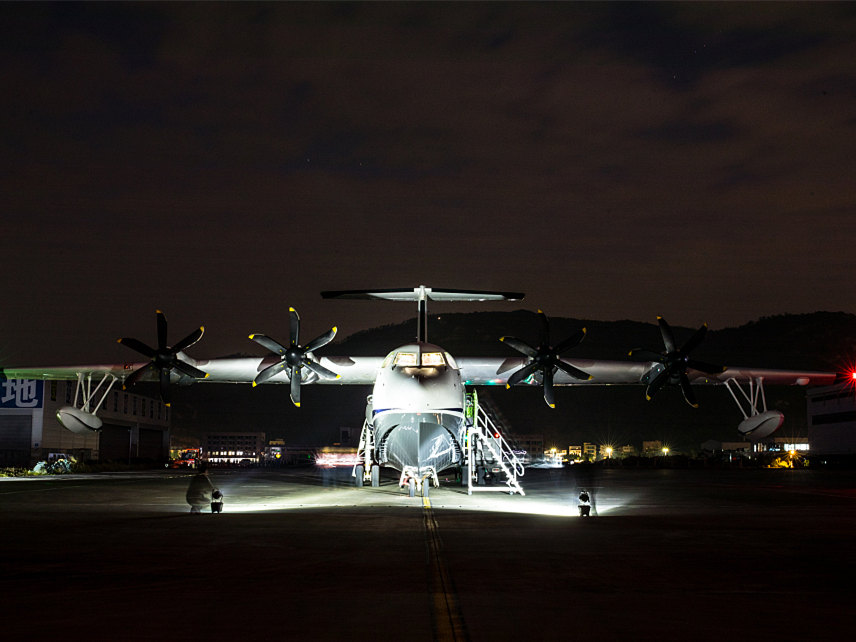 The AG600, codenamed "Kunlong", successfully finished eight taxiing tests on water at a speed of 80 km per hour and 120 km per hour, totaling 552 minutes in the city of Jingmen, central China's Hubei Province from Sept. 2 to 13, according to China Aviation Industry General Aircraft Co. Ltd. The aircraft has passed a series of tests since its maiden flight last December.

The company said that the aircraft will enter high-speed taxiing tests on the water, targeting a speed of 145 km per hour. Designed to be the world's largest amphibious aircraft, the AG600 is powered by four domestically built turboprop engines and has a range of 12 hours. It will be mainly used for maritime rescue, fighting forest fires and marine monitoring.