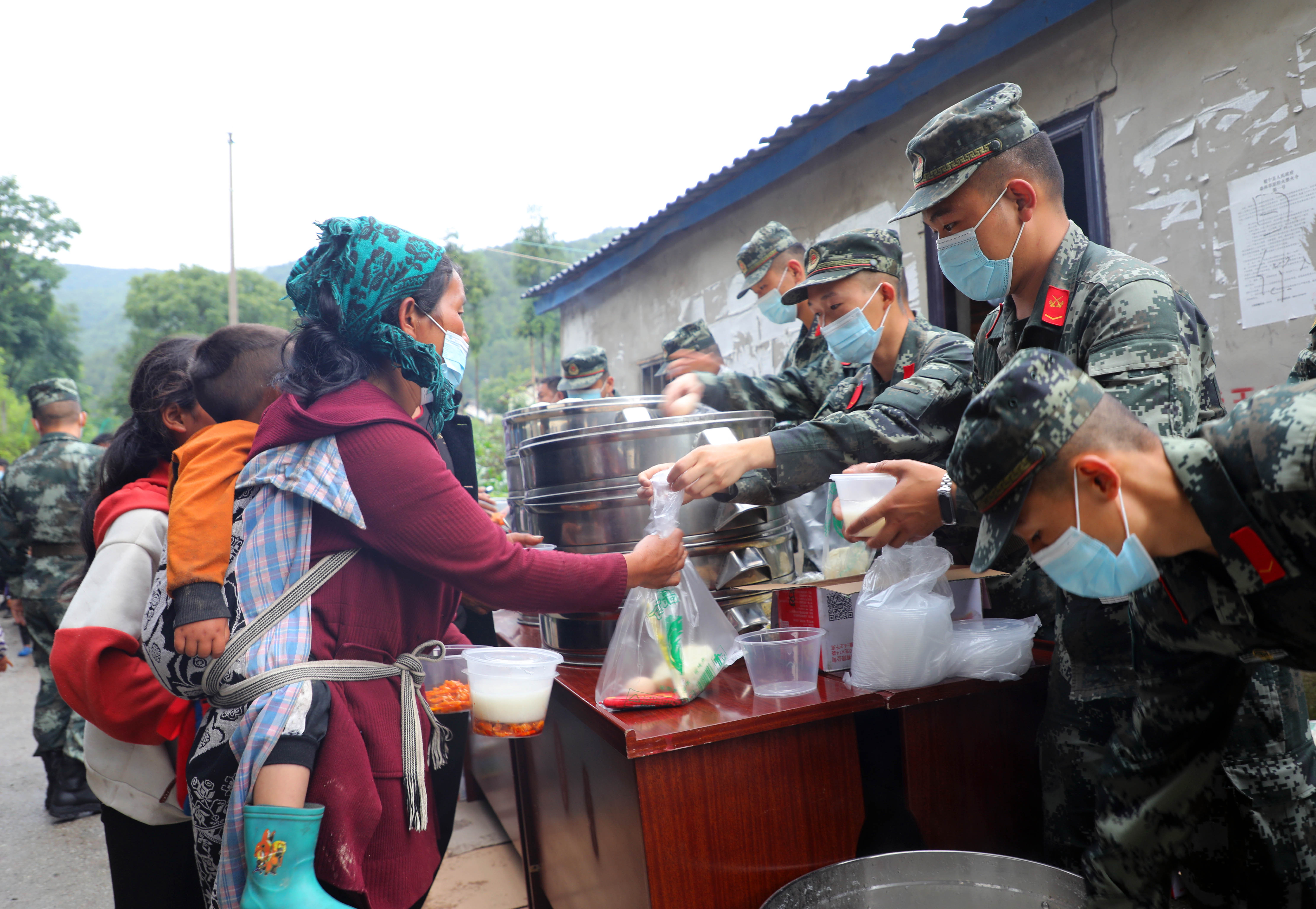 Chinese authorities at all levels are making all-out efforts in rescue and relief, as torrential rains continue to wreak havoc, triggering flooding and geological hazards in vast stretches of the country.

The country has entered its rainy season since this month with rainstorms hitting many parts in southern China.

President Xi Jinping has called for all-out efforts to prevent floods and geological disasters, intensify rescue and relief work, and ensure that people's lives and safety are the top priority.

Xi, also general secretary of the Communist Party of China Central Committee and chairman of the Central Military Commission, stressed the need to put people first, and value their lives most in the battle against floods.

In Mianning County, one of the worst-hit areas in southwest China's Sichuan Province, rescuers aided with life detectors, sniffer dogs, and demolition equipment are combing every house. Twelve people have been reported dead and 10 others missing as of 4 p.m. Sunday.

The casualties were mainly caused by a sudden mountain torrent, which diverted rivers to inundate houses and roads.

Rescuers are searching in the affected villages and the surrounding areas of the houses where the missing personnel were reported. The search has been extended five km downstream.

A total of 9,880 people were affected in the county. So far, 7,705 people have been evacuated to safe places.

Deng Bangxin, a commander of Liangshan forest fire detachment, led a 10-member team to arrive at the site on Saturday. "Aerial photos taken by a drone showed the disaster is serious," he said.

Xinhua reporters saw excavators clearing silts and debris left from mudslides in the village of Damawu, one of the worst-hit in the county. Corn and potato fields are flooded.

Zhaxi Puncog, deputy head of Yihai Township, which administrates the village, said that after receiving the rainstorm warning on Friday, local cadres went to villages to send out warning by beating gongs and hand-operated alarms and started evacuating people.

"It rained so hard that water on No. 108 National Highway was flowing like a river. Only fire engines can carry people to run away through the road passage," he said.

Many locals were initially reluctant to leave their homes but conditions turned dangerous, and some of them were forced to leave.

So far, more than 2,100 people have moved to four settlements in the county, where tents were set up, each with three to five beds.

The weather in Mianning is scorching in daytime and rainy at night. In order to prevent people from getting heatstroke, medical personnel have prepared medicine and carried out psychological counseling.

Meanwhile, in Chongqing Municipality, neighboring Sichuan, more than 210,000 people have been affected by heavy rainfall since June 26.

Qijiang River that runs through Qijiang District of Chongqing is experiencing the heaviest flooding since 1940.

In Shijiao Township near the river, a group of 30-plus people are on guard observing the flood rise and persuading people to stay away from the river banks.

Zou Hong, Party chief of a community in Shijiao Township, said he has paid door-to-door visits in the community to alert locals of the flooding risk.

In Yuexi County, east China's Anhui Province, Li Dongliang, a resident in Pinggang Village, is clearing debris left from a mudslide that hit his house over the weekend, when sludge washed down a wall on the ground floor, while he and his family stayed upstairs.

The disaster relief staff brought excavators, loaders and engineering vehicles to help clean up the silt in their homes, while evacuating those in need to a settlement 3 km away.

Since the start of June, the accumulated rainfall in the county has been more than four times that of the same period in history. Rain-triggered disasters have affected more than 57,000 people. Local authorities have displaced more than 4,400 people to temporary settlements. No one was injured or killed.