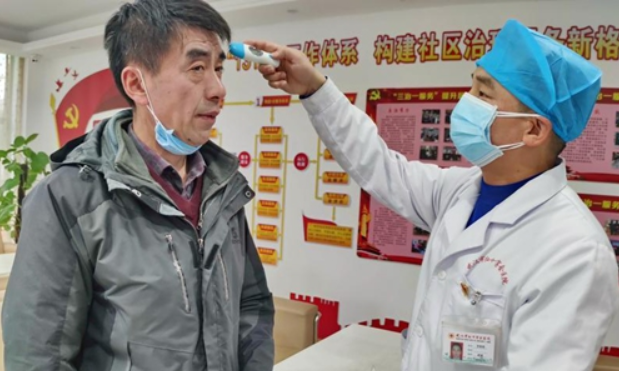 China has launched a string of measures and strengthened international cooperation and information sharing to lower the risk of cross-region and cross-border spreading of the new coronavirus, national health authority said on Wednesday.

Ever since the coronavirus pneumonia outbreak, the Chinese side has been adhering to an open, transparent and highly responsible attitude toward the world health security, and taken the initiative to promptly share relevant information with WHO and countries and regions such as Russian and China's Hong Kong, Macao and Taiwan, Li Bin, deputy head of the National Health Commission (NHC), said at a press conference Wednesday in Beijing.

As of Monday, relevant pieces of information have been disseminated 15 times.

So far, four meetings have been convened between Chinese experts and representatives of the WHO. Chinese health authorities have also invited WHO experts to visit Wuhan and conduct an on-site probe on the disease, in order to deepen understanding and enhance cooperation to deal with the epidemic, Li noted.

The NHC is also continuing close exchanges with global counterpart agencies, including the ones in the US, Thailand, Japan, and South Korea, as well as their embassies in China, to share disease-related information and verify information on  suspected and confirmed cases.

The NHC also provided Hong Kong and Macao regions with free diagnosis toolkits, besides inviting experts from the regions to call on medical facilities in Wuhan in a bid to share details of the disease.

In Wuhan, the city from which the virus stemmed, body temperature screening devices have been deployed in the airport, train stations and long-distance bus stations in order to monitor people leaving Wuhan, Li said.

Some 15 temperature screeners have been installed at Wuhan Tianhe International Airport, besides 20 others at three major train stations.

Relevant authorities are strengthening the supervision of farm product markets, supermarkets, and restaurants amid a crackdown on the trade of wild animals, a highly likely source of the virus.

To prevent the epidemic from spreading, the Wuhan government urged people from other places to refrain from heading to the city and discouraged Wuhan residents from traveling outside, as reducing human flow is expected to decrease the possibility of contracting the virus.

In provinces that reported confirmed cases, health authorities are determining, reporting, quarantining, diagnosing, and treating the patients with utmost urgency, besides allocating medical resources to strengthen the treatment of patients, tracking close contacts to the patients and taking related bio-safety measures.

In provinces with zero reported cases as of yet, the authorities are optimizing contingency plans, preparing extra ambulances, wards, experts, medicines, test reagents, disinfection and prevention items as well as prevention and emergency response teams, while also training medical staff members and public health personnel to competently handle the epidemic once it hits.