BEIJING, Sept. 27 (Xinhua) -- China has reaped great accomplishments in agriculture and rural development in the past 70 years, successfully feeding a population of 1.4 billion and lifting over 800 million people in rural areas out of poverty. 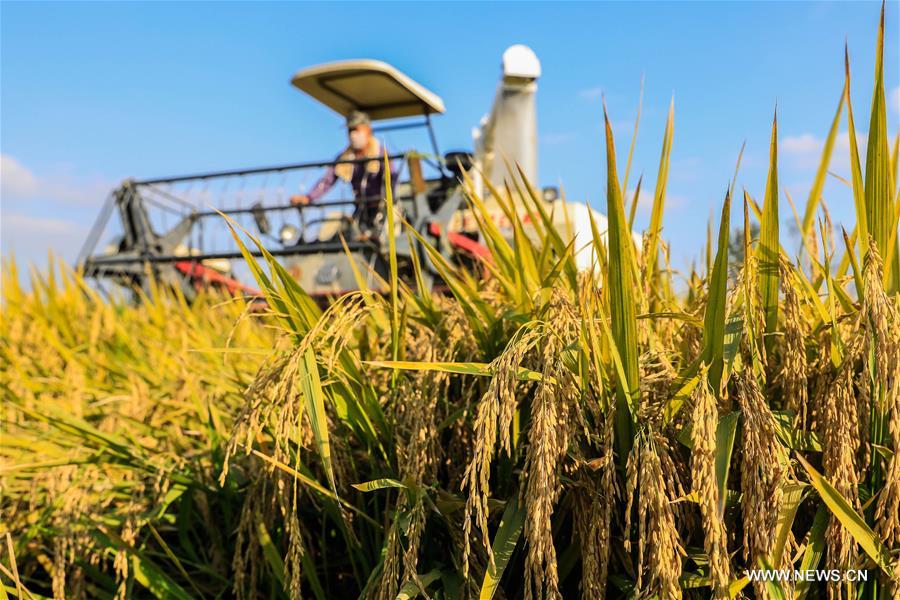 China's annual grain output has remained above 650 billion kg for four years in a row, up from 113.2 billion kg in 1949, Han Changfu, minister of agriculture and rural affairs, told a press conference on Friday.

The country has entered a new phase of development driven by technology and equipment innovation, with the area of high-standard farmland totaling 640 million mu (about 42.7 million hectares), Han added.

Poverty reduction in rural areas has also yielded dazzling results since the country's opening-up, as more than 800 million people have been lifted out of absolute poverty, according to Liu Yongfu, director of the State Council Leading Group Office of Poverty Alleviation and Development.

By the end of 2018, per capita disposable income of rural residents living in poverty-stricken areas reached 10,371 yuan, equivalent to 71 percent of that for rural residents nationwide.

Liu said 95 percent of the population in poverty under current standards will be lifted out of poverty by the end of this year, while eradication of absolute poverty is expected by the end of 2020.