Nationwide efforts over the past 10 years have provided the Chinese people with a substantial increase in both the quantity and quality of homes, as well as improvements in urban and rural environments, coupled with the steady development of related industries. 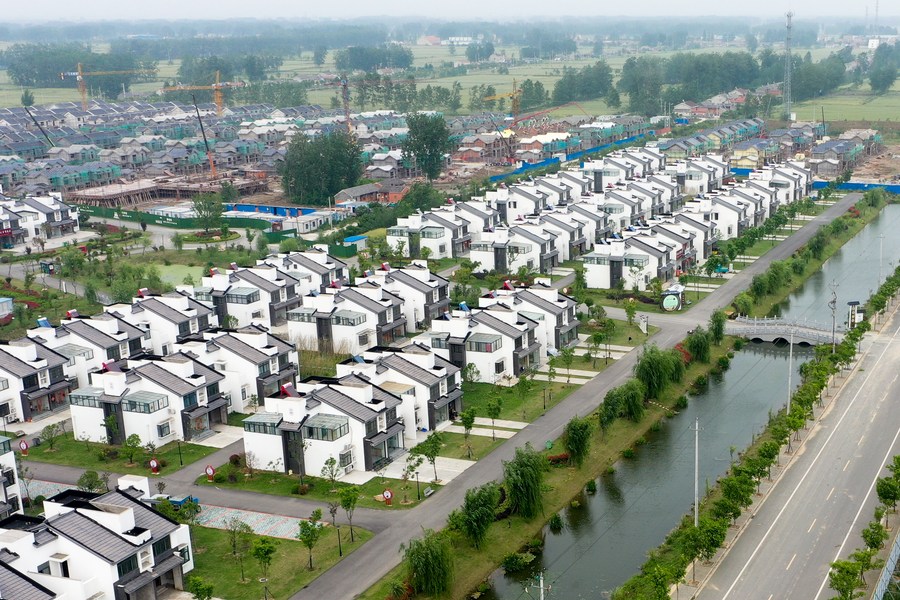 Bent on providing everyone in China with a roof over their head, the country invested a record 14.8 trillion yuan (about 2.14 trillion U.S. dollars) in affordable housing in the past decade, helping to settle over 140 million people in new homes, Jiang Wanrong, vice minister of housing and urban-rural development, told a press conference on Wednesday.

To the same end, China made 3.3 million affordable rental homes for young urbanites available since last year, with over 38 million low-income urban residents moving into public rental housing by the end of 2021, said Jiang.

The housing provident fund, established in 1991 to raise money to help the country's workforce purchase homes, has widened its coverage from 102 million people to 164 million over the decade, and includes over a million flexibly-employed people, official data shows.

China is actively accommodating the people's demand for housing, which is now pivoting increasingly towards comfort and convenience.

The country had started renovating 163,000 old urban residential communities over the past decade to the benefit of 28 million households, while 150 million people now live in cities with waste sorting systems, said Li Xiaolong, an official with the Ministry of Housing and Urban-Rural Development.

The urban environment has improved, with better water quality and greener spaces. Last year, green spaces made up 38.7 percent of metropolitan areas, while the per capita coverage of city parks across China averaged 14.87 square meters, said Jiang.

As part of the effort to render rural areas more agreeable, around 23.4 million households that once lived below the poverty line were able to move into safe homes during the period, official data shows.

To celebrate the country's rich historical legacy in rural areas, 6,819 villages were given special preservation status, while around 520,000 historical rural edifices have been protected.

The improvement of residential conditions in China over the past decade has opened up business opportunities for relevant industries, such as real estate and construction.

Adhering to the principle that "houses are for living in, not for speculation," China has sought sound and steady development of the real estate sector in the past decade, said Jiang.

The sector sold a total of 13.23 billion square meters of commercial homes during the period, up 2.2 times from the previous decade, with better construction quality and more amenities, he said.

The construction industry also achieved breakthroughs, with its total output at 29.3 trillion yuan last year, 2.1 times that of 2012. The sector created over 50 million jobs and contributed to 7 percent of China's gross domestic product last year.

A number of landmark projects completed during the past decade, including the Beijing Daxing International Airport and the Hong Kong-Zhuhai-Macao Bridge, are touchstones of China's quality construction, said Li Rusheng, chief engineer with the ministry.