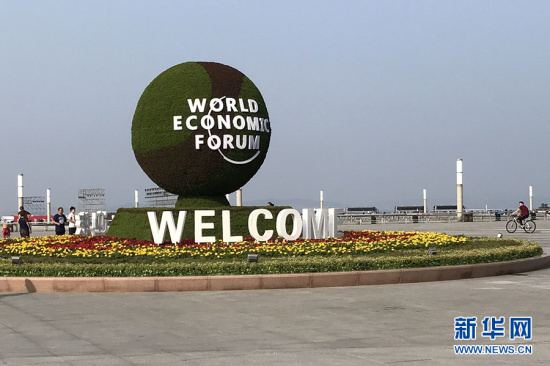 China will further improve its business environment by halving the time required to open a business and start construction projects, the State Council decided at an executive meeting chaired by Premier Li Keqiang on Wednesday.

According to a decision at the meeting, the amount of time required to start a business in municipalities, sub-provincial cities and provincial capitals will be reduced from an average of over 20 days to 8.5 workdays by the end of the year.

This measure will also be introduced in five leading cities of Dalian, Qingdao, Ningbo, Xiamen and Shenzhen, with other areas also required to see positive progress, to be followed by national implementation in the first half of next year.

Measures to halve the time required for government approval of construction projects from the current average level of more than 200 workdays to 120 workdays will be piloted in 15 cities, including Beijing, Shanghai and Tianjin, and in Zhejiang Province, this year whereby all government review items and approval processes concerning home building and urban infrastructure will be simplified, optimized and standardized. This pilot program will be rolled out nationwide in the first half of next year.

Premier Li Keqiang said that a good business environment is part and parcel of enhancing competitiveness and productivity. "In spurring economic growth, our focus needs to shift from investing in projects to improving the business environment. The key is to press ahead with the reform of government functions," he said.

An estimate by the World Bank moved China up 65 spots between 2013 and 2017 in the ranking of ease of starting a business, and the amount of time required was shortened from 33 days to 22.9 days.

According to a decision at the meeting, the procedures that a new firm needs to go through to become initially operational will be further streamlined. The whole business registration process will be conducted online. Government approval of the names of businesses prior to registration will no longer be needed unless specifically required.

The record-filing procedure of official seals will be included in the reform to integrate different certification requirements on business registration. Applicants may also choose carving service providers on their own.

"An enabling business environment that unlocks market vitality is crucial for achieving sustained, high-quality development in China. The biggest potential for our development lies in the vast domestic market and the creativity of all market entities," Li said.

"Reducing the government-imposed transaction cost will be the priority of the reform of government functions going forward, and there is still a great deal that can be done in this respect. The government must continue to make determined efforts to cut red tape, enhance compliance oversight and provide better services," he said.

To slash reviewing time for construction projects, the following measures were decided at the meeting:

First, the number of items subject to government approval will be further simplified. The record-filing requirement for construction contracts and building efficiency design review will be eliminated, and designs for fire control and civil air defense will be incorporated into the construction plan documents for review.

The review and approval of a project will no longer be conditional on the environmental impacts and energy efficiency which will instead be subject to general assessment by the government.

Second, category-specific management will be introduced. The approval procedures for privately-invested small and medium-sized construction projects will be simplified. No government approval will be required for the design plans of those land-use right transfer projects with existing development plans. For privately invested home building projects, the project proprietors may decide ways of awarding contracts on their own.

Third, procedures will be streamlined. An inter-agency approach with a clear time-frame will be adopted for simultaneous site inspection, mapping, surveying and drawing check by competent authorities in planning, natural resources and urban utilities. So in the future, the government will formulate one single checklist laying out all construction requirements, one single system for approval and inspection services, one single window for multi-agency services, one single form for application materials and one single mechanism for rules-based approval.

"The rebound of private investment this year has been encouraging, yet lengthy review of construction projects will drive up corporate costs," Li said.

"Reform must be pushed forward by breaking down the departmental barriers of vested interests. We will advance these reform measures step by step in light of the realities on the ground, and work to roll them out nationwide next year," he said.