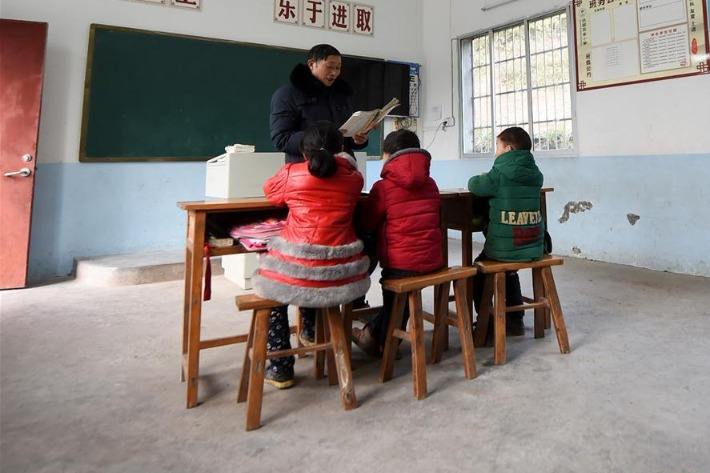 China has made significant progress in building its ranks of teachers in rural areas, according to a report on the country's rural education released Sunday.

Issued by the research institute on rural education at the Northeast Normal University, the report was based on local statistics from 19 provinces and national statistical data.

Subsidies specifically for rural teachers covered all of China's poverty-stricken areas for the first time ever in 2017, according to the report.

The report showed that in 2017, a total of 77,000 teachers were recruited from among graduates under a national program which was designed to recruit teachers for rural schools in the country's impoverished areas.

The report also featured a survey which showed that 83.46 percent of rural teachers were willing to continue to teach at rural schools.