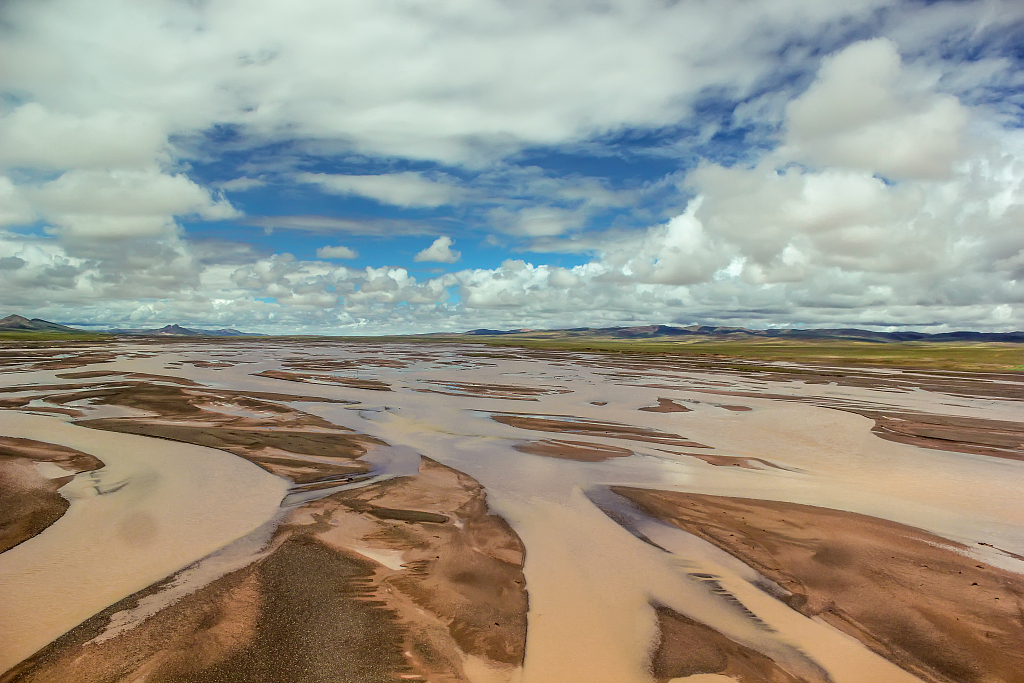 BEIJING, Oct. 23 (Xinhua) -- A total of 1,097 public interest litigation cases have been filed by procuratorates in nine provinces and regions along the Yellow River since December 2018, when a cleanup campaign of China's "mother river" was launched, according to a report.

Procurator-general of the Supreme People's Procuratorate Zhang Jun delivered the report Wednesday at the ongoing bimonthly session of the Standing Committee of the National People's Congress.

Working with river chiefs, the procuratorates have handled 2,339 clues to the causes of damage to the environment along the Yellow River, and supervised the cleaning of 1,707 mu (around 113.8 hectares) of polluted waters in the period.

They have also facilitated the clearing of over 1.38 million tonnes of household and construction waste, as well as the dismantling of 808,000 square meters of illegal buildings, the report said.

The 5,464-km-long Yellow River is the second-longest river in China. It originates in the northwestern province of Qinghai and runs through nine provinces and autonomous regions in western, central, northern and eastern China.