China has made significant progress in building its aircraft carrier fleet in the past decade since the first, the Liaoning, was commissioned on September 25, 2012. 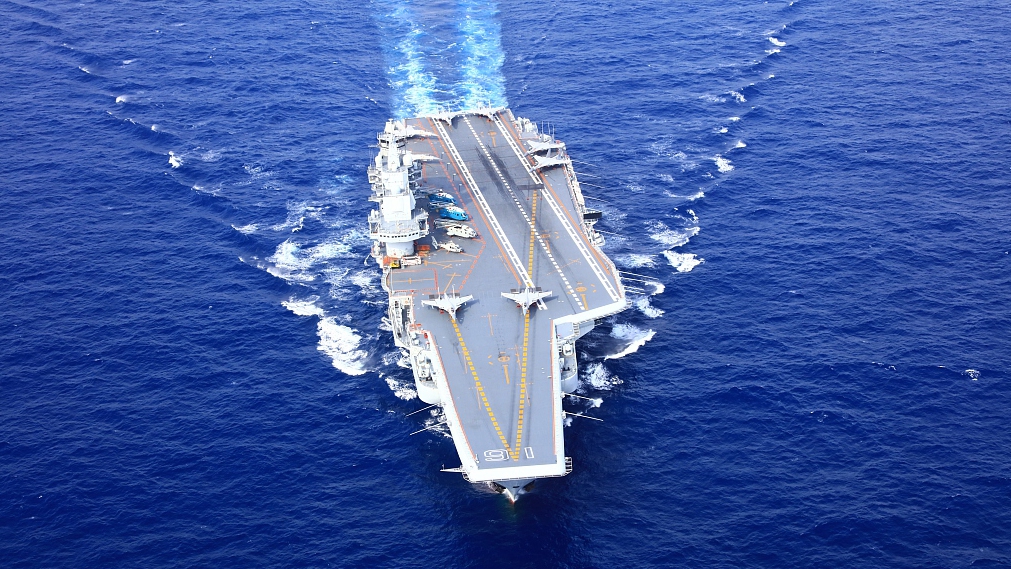 China refurbished the old Soviet model after purchasing it secondhand in 1999, making it the country's first carrier. In the later years, the country independently built its own carrier, the Shandong, which uses ski-jump ramps to launch fighter aircraft. It was commissioned in 2019. 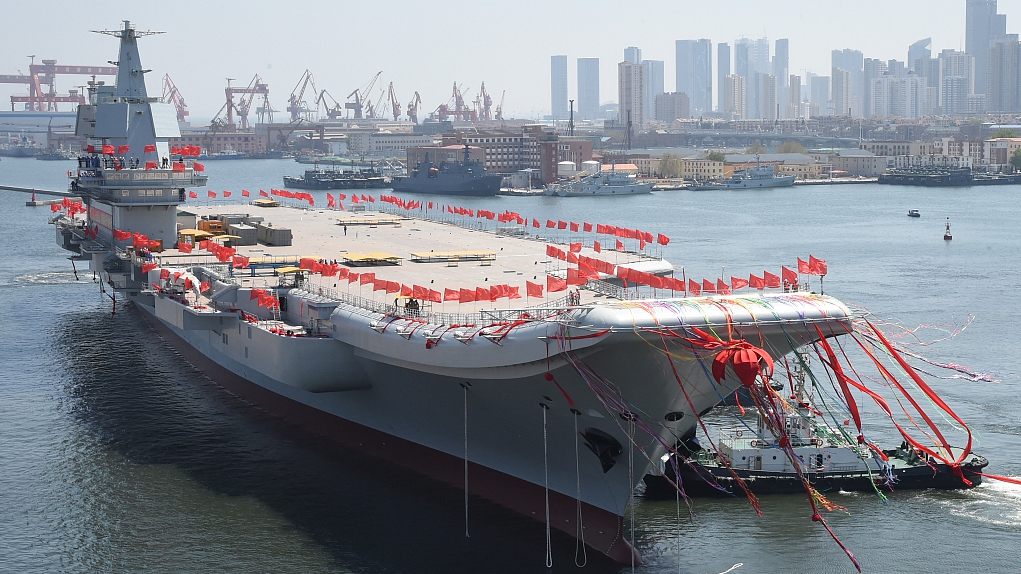 This June, with the launch of its new aircraft carrier, the Fujian, the Chinese navy now has three. The vessel is the first in the fleet to be equipped with an electromagnetic catapult and can send off shipboard aircraft in rapid succession. These days, the Fujian has been conducting a series of equipment installation and debugging, while furthering the relevant test missions. 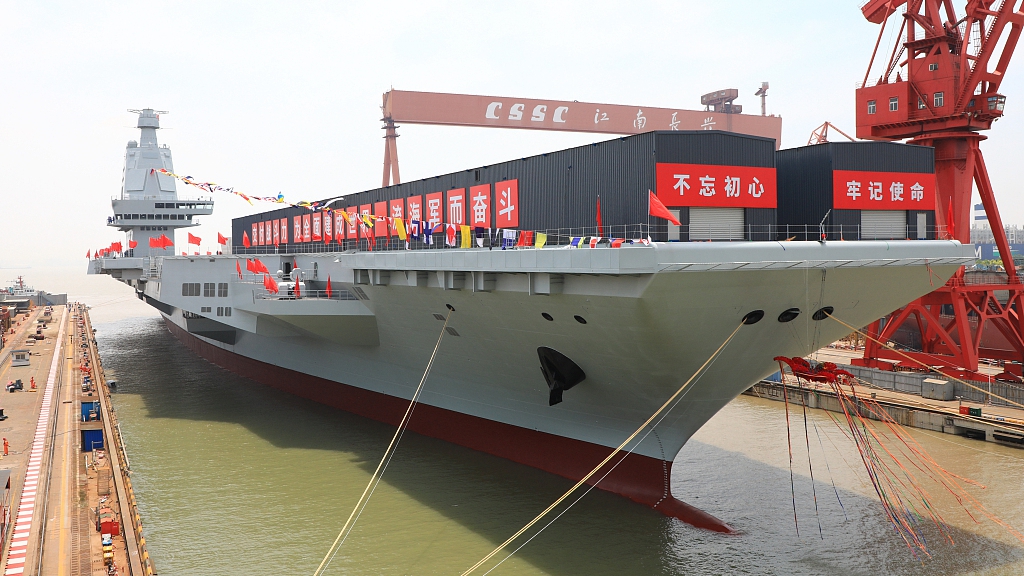 Carrier-based aircraft have also been playing a vital part in the Chinese navy.

In 2017, the carrier-based air force successfully took off and landed at night on the aircraft carrier Liaoning for the first time.

"The breakthrough in nighttime techniques and the mastery of nighttime landing means we are capable of performing tasks in an all-weather manner, particularly at night and in complicated weather conditions. With all-weather combat advantages, we will have greater initiative in future wars," said Xu Ying, deputy captain of aircraft carrier Shandong.

Batches after batches of carrier-based aircraft have taken risks to go through trainings such as nighttime aerial refueling, sea ultra-low-altitude defense penetration and carrier-based air-sea fighting in the past decade, so as to improve the combat capacity of the aircraft carrier fleet.

"In recent years, our aircraft carriers have achieved leapfrog development. It's safe to say the development path with Chinese characteristics has been tested with actual results. Now, the range of missions of the domestically-made aircraft carrier Shandong is also constantly expanding as it rapidly develops. Our first carrier that uses catapults, the Fujian, is also accumulating strength. We believe that in the near future, the three aircraft carriers will show our strong power at broader international stage," said Cui Yonggang, captain of the Liaoning.