Statistics showed that China's per capita disposable income in 2020 doubled from 2010, and people’s living standards had greatly improved.

The country has given high priority to employment, the cornerstone for increasing people’s incomes. Over the last 10 years, the cumulative growth of per capita disposable income in the country in real terms stood at 100.8 percent. 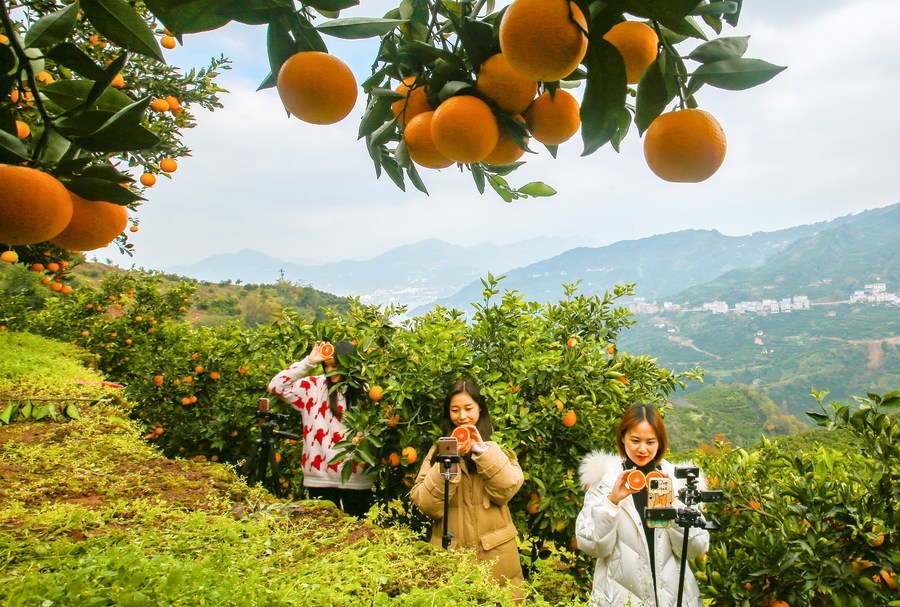 Yongxin county, in east China’s Jiangxi province, is home to about 180 industrial bases for high-quality agricultural products, aquaculture, and silk weaving, providing jobs for nearly 50,000 people and bringing them an increase in annual income of over 10,000 yuan ($1,542) per person.

At a vegetable and fruit base in Qianxi village, Lianzhou township, Yongxin county, about 5,000 to 10,000 kilograms of eggplants are picked every day. A villager named Ouyang Xueji, who entrusted 5 mu, or 0.33 hectares of land, to the base for eggplant growing now earns an annual income of 20,000 yuan by doing some farm work at the base.

China has worked to cut taxes and fees to ease the burden on its citizens. According to statistics, reductions to individual income tax in 2019 totaled 460.4 billion yuan when added to the special additional deductions policy and the carryover effect from the policies introduced on Oct.1, 2018 to raise the individual income tax threshold and optimize the tax rate structure. These reductions directly benefited 250 million taxpayers, with the amount deducted for each person reaching 1,842 yuan.

Xu Yinling, a salesman at a technology company in east China’s Shandong province, said he enjoyed a tax deduction of over 7,000 yuan from his taxable income for expenditures covering elderly care and children’s education. He also revealed that his company saw a decrease of 79.6 percent in the total amount of individual income tax in 2020.

Moreover, the country has been pursuing a more balanced development. It has provided more jobs and rendered support for rural residents to start up businesses, thus bridging the gap between rural and urban areas. In 2020, rural residents surpassed urban residents in the increase in per capita disposable income in nominal terms and in real terms, by 3.4 and 2.6 percentage points respectively.

Hu Libin, who used to work in south China’s Guangdong province, explained that after she began working in an electronics company in her hometown in Guangxi, her salary increased to over 7,600 yuan per month from about 4,000 yuan.