DAKAR, Nov. 29 (Xinhua) -- Chinese State Councilor and Foreign Minister Wang Yi on Monday met with Mauritanian Foreign Minister Ismail Ould Cheikh Ahmed, during which they reviewed the bilateral ties and the fight against the COVID-19 pandemic. 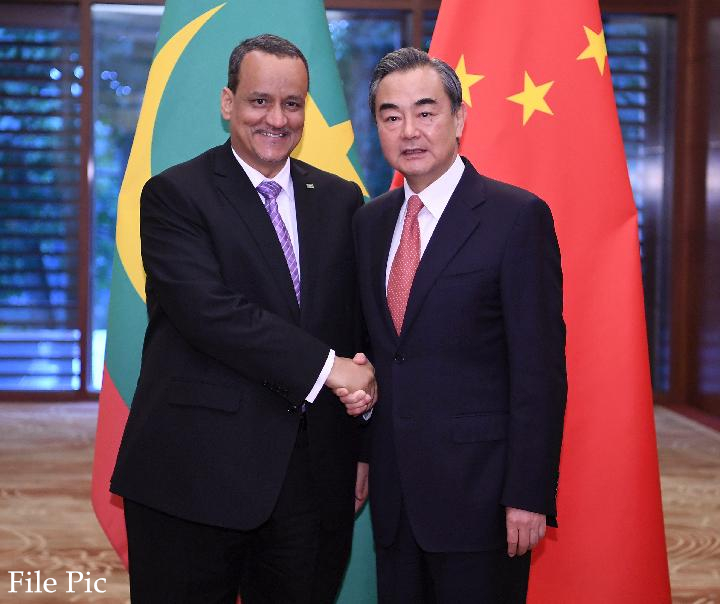 China and Mauritania have always respected and trusted each other and established an unbreakable and rock-solid "iron-clad" friendship, Wang said during the meeting on the sidelines of the 8th Ministerial Conference of the Forum on China-Africa Cooperation.

China appreciates Mauritania's adherence to the one-China principle and its support for China in safeguarding sovereignty and national dignity, he said, adding that China will, as always, support Mauritania's efforts to explore a development path suited to its national conditions.

Mauritania supports China in safeguarding its sovereignty and core interests, and firmly opposes any interference in China's internal affairs, he noted.

Ahmed said Chinese President Xi Jinping's announcement that China will provide an additional one billion COVID-19 vaccine doses to Africa is heartening and is of pioneering significance to international cooperation against the pandemic, and Mauritania hopes to continue to receive support from China.

China stands ready to continue to provide support and assistance to Mauritania until it completely prevails over the pandemic, Wang said.