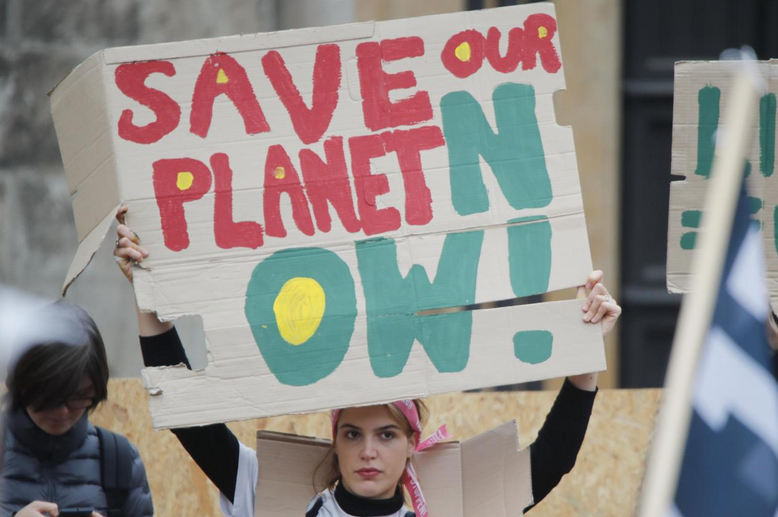 People march during a demonstration under the banner "Protect the climate - stop coal" two days before the start of the COP 23 U.N. Climate Change Conference hosted by Fiji but held in Bonn, Germany November 4, 2017. Photo: REUTERS/Wolfgang Rattay

China has a chance to assert leadership of a global plan to combat global warming this week at the first U.N. climate talks since U.S. President Donald Trump decided to quit the 195-nation Paris Agreement, delegates say.
Government experts are to work on a “rule book” for the 2015 climate pact at the Nov. 6-17 annual meeting in Bonn, Germany. The accord seeks to end the fossil fuel era this century with a shift to wind, solar and other clean energies.