CHINA China may have sole space station after 2024: expert

China may have sole space station after 2024: expert 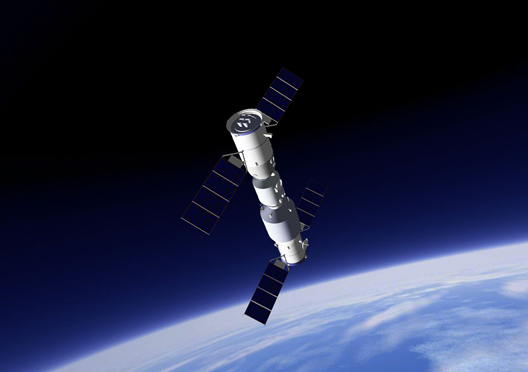 The module is being tested in a factory of the Space City of North China's Tianjin Municipality, China Central Television (CCTV) report on Saturday, which is the first time the image of the module has been publicly shown.

With a main control compartment, a large cylinder and a small cylinder, the core module will work to control the flight, power system and life support system of the whole station, as well as to provide space for astronauts to work in, conduct experiments and rest, Zhang Hao, a designer of the space station system, was cited by the CCTV as saying.

The complete space station will consist of one core module and two experiment modules, each weighing over 20 tons, and can be joined with two manned spacecraft and one cargo spacecraft, CCTV reported.

The station will also be equipped with a robot arm to assist in installing or dismantling equipment within the station when it floats in space, Jiao Weixin, a space science professor at Peking University, told the Global Times on Sunday.

"If the Shenzhou spacecraft is a car, Tiangong-1 and Tiangong-2 can be considered a one bedroom apartment. While the space station is one with three bedrooms, one living room and a storeroom," said Zhu Guangchen, deputy chief designer of the space station.

Zhu joined the project development team in 1995, when China was left out of the International Space Station (ISS) project involving 16 countries.

The average age of the current development team of China's space station project is around 35, Zhu said.

"Thanks to the rejection in 1995, China now owns research technology of the whole space station system. It is possible that China's space station will be the only working station after 2024 when the ISS is expected to retire and China will take a dominant position in conducting space experiments," Jiao said.

The Astronaut Center of China in Beijing announced on Friday that astronaut training of tasks that will be done on the country's space station have started, which include underwater exercises and survival training in the desert, the China News Service reported.