China may reward families with more children next year: demographers 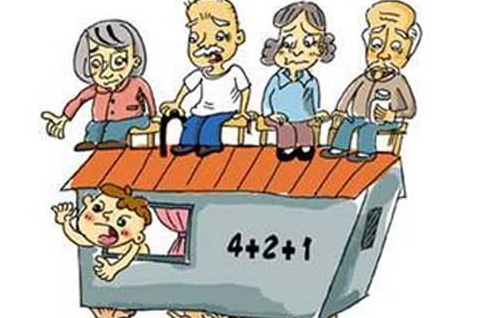 China may reward families with a second child or more next year to arrest its dropping fertility rate, and the family planning policy will undergo fundamental changes, Chinese demographers said.

Their remarks came after reports that China's National Health Commission (NHC) is studying the possibility of rewarding families with more children.

The NHC has put together a group of experts to calculate the effect of incentives to improving fertility, with the study likely to be completed by the end of the year, news site thepaper.cn reported Wednesday.

Although not immediately confirmed by the NHC as of press time, demographers interviewed by the Global Times on Thursday said that  they believe China may introduce incentives to families the next year, if not sooner, considering the drop in new births.

Demographer He Yafu told the Global Times that the NHC's study was said to only target families having a second child and not those with three or more children, and it's very likely that China will officially introduce the policy next year.

However, experts noted that even if China further relaxes the family planning policy, the result would be limited in the short term because of the younger generation's reluctance to have a second child.

Liang Jianzhang, an applied economics professor at Peking University, told the Global Times on Thursday that China needs to introduce stronger incentives to families to have more children.

China fertility rate was 1.7 in 2016, and the China Statistical Yearbook 2017 issued by the National Bureau of Statistics failed to disclose the fertility rate.

"The fundamental policy is direct subsidy and lower taxes, and China should use at least 2 to 5 percent of its GDP to reward families so that their fertility may rise to a relatively better level," Liang said.

And 5 percent means each of the country's around 200 million children could get an average of 10,000 yuan a year, Liang explained.

Northeast China's Liaoning Province is the first province to introduce incentives to have two children.

The population development plan (2016-30) it issued last week said that the provincial government will improve policies on personal taxes, education, social welfare and housing to provide more incentives to a family of four in order to lighten the load of raising children.

Experts noted that Liaoning's policy is likely to be adopted across the country, but with even stronger incentives.