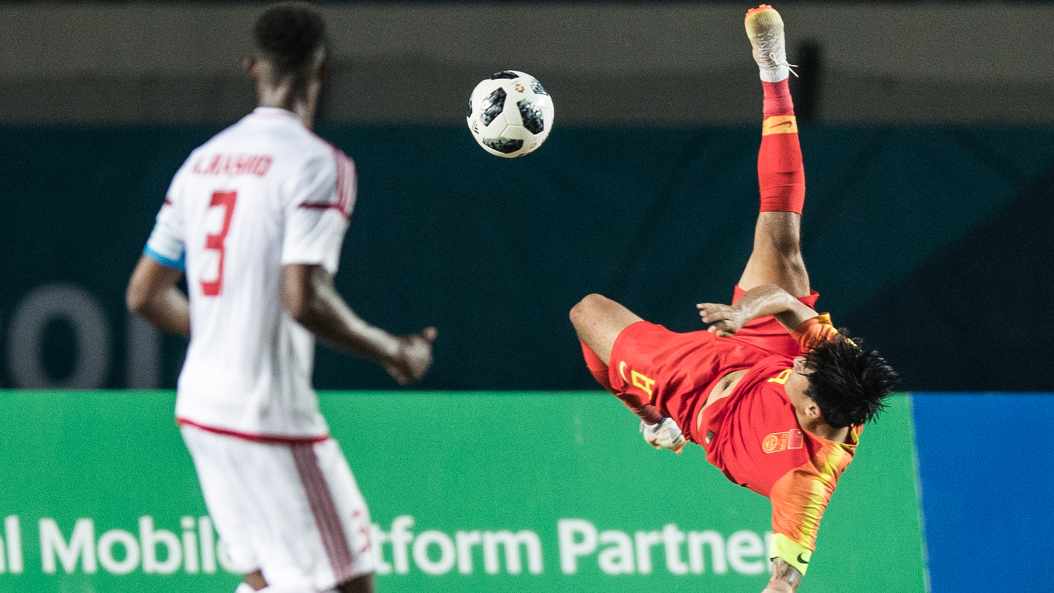 Yao Junsheng's sensational lob sent China's U23 team into the last 16 of the men's soccer competition at the Asian Games by sealing a 2-1 victory over the United Arab Emirates on Saturday.

Mohammed Almesmari put the United Arab Emirates ahead, and Wei Shihao equalized for China with a stunning curled shot, before Yao's lob put China through to the knockout stage as Group C winners.

Massimiliano Maddaloni, the head coach of China, said he was not surprised to see Yao made such a fantastic goal.

"It is not new for me, as he is an intelligent player and often scored long shots in training," the Italian said, "I think he saw the UAE's goalkeeper standing far out of the goal, and grasped that chance."

The United Arab Emirates, with one win and one loss from previous two group matches, had no choice but beat China to secure a berth in the final 16, and their determined attack paid off at the 32nd minute. 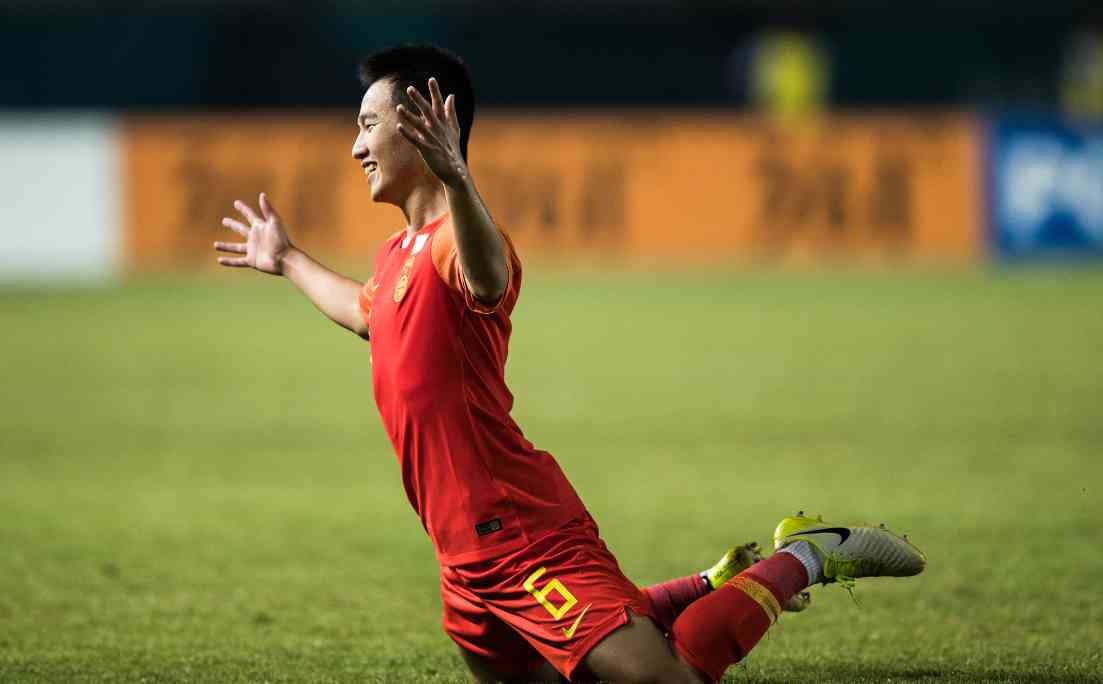 Yao Junsheng celebrates his wonder goal during the Asian Games clash between China and the United Arab Emirates. (Photo: VCG)

It was Mohammed Almesmari who opened the scoring for the United Arab Emirates (UAE) as he raced to a tapped pass from Ali Alyahyaee and drove the ball past China's helpless goalkeeper Chen Wei.

Six minutes later, Wei Shihao displayed exquisite skill to pull even for China when he beat a defender and sent home a powerful curling shot.

The match-winner for China came in the 71st minute due to a goalkeeping blunder by Mohammad Al Shamsi. Yao Junsheng caught Al Shamsi off guard and sent in a fierce long-range shot into the back of the net. 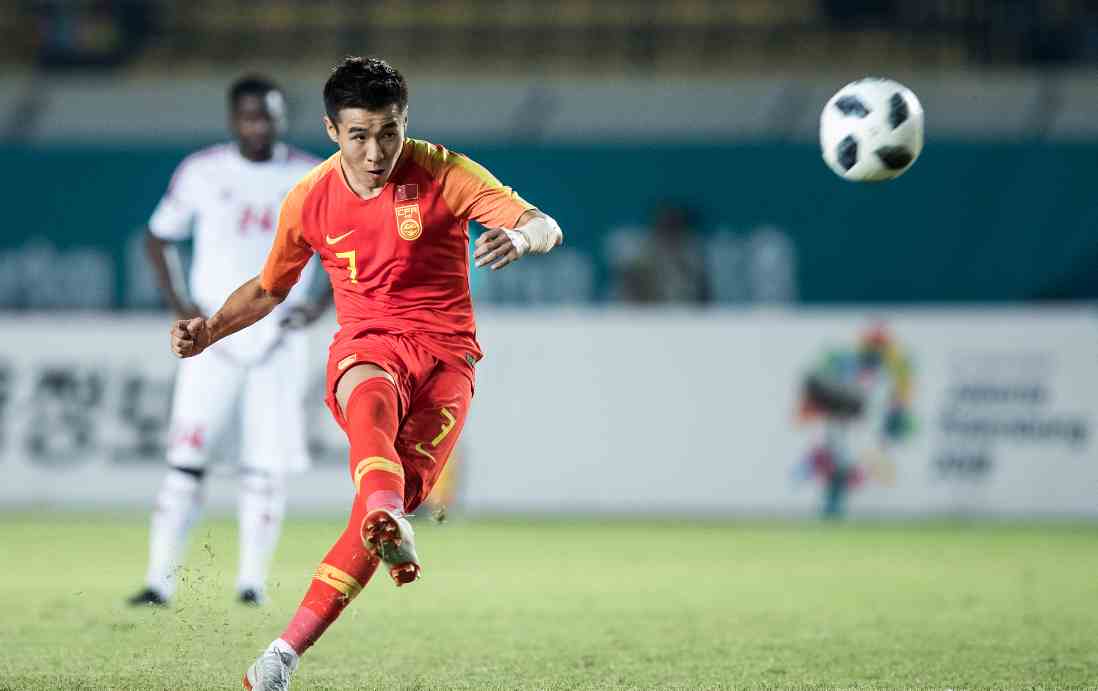 Magiet Skorza, the head coach of the UAE, bemoaned his side running out of stamina after the break.

"It was a very close match, but my players did not have much energy left in the second half and gave China more space," he said, "I know their number six player (Yao Junsheng) is very good, and we tried to limit his chances to shoot."

With four best third-placed teams allowed to progress to the round of 16, UAE survived while China will play their next opponent on Friday.