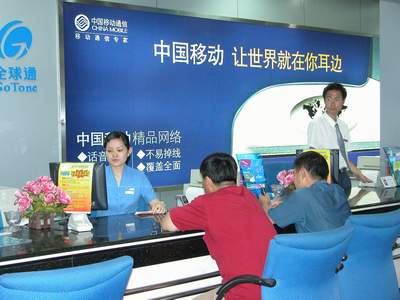 China Mobile, one of the nation's biggest telecom and internet service suppliers, has launched a potentially lucrative e-platform to empower Party-building and military management.The product boosts Party-building - organizing activities in line with the Communist Party of China (CPC) doctrine, making rules along CPC lines and studying CPC theories - through communication, education, lecture and conference management modules as well as a handy management system for Party membership dues."We provide both website and app services," Su Jing, manager of the Party-building service project at China Mobile, told the Global Times on Tuesday. Clients can use the platform to track and record organizational events as well as pay Party membership dues which saves them energy on low-efficiency and tedious manual work, according to Su.She said that the app was launched to better serve CPC work units at companies including the State-owned Assets Supervision and Administration Commission of Northwest China's Shaanxi Province and Dongfang Electric Corporation in Southwest Sichuan Province. Yang Liping, a professor from a Shanghai-based university, told the Global Times that they are also invited to enroll for Party lectures and conferences through a similar program.Zhu Wei, a professor at the China University of Political Science and Law in Beijing, told the Global Times on Tuesday that some Party members would benefit from mobile products that helped them organize their Party life. In the long term the platform could help promote transparency, Zhu hoped.  Zhu's university is using a similar product, which he thought not only effective but helpful for bringing Party-building work "down to earth." Party-building was "already slow in the internet era," Zhu said. China Mobile is also providing services to some military barracks. Wang He, manager of the China Mobile military barracks management product, told the Global Times on Tuesday that they mainly provide solutions for barracks in managing soldiers' smart phones and barracks internet cafes as well as safeguarding security and confidentiality. Over the past few years, more private companies, especially tech start-ups, have set up Party branches and committees to improve management and enhance team building. Some entrepreneurs also admitted that Party members, who are usually hardworking employees, have become role models at workplaces.