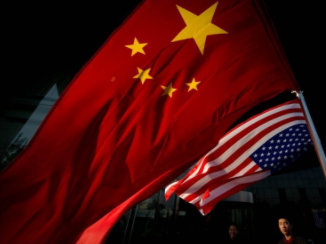 A spokesperson of China's Ministry of Commerce (MOC) said Tuesday that if the United States loses its rationality and unveils another list of Chinese products for additional tariffs, China will have no choice but to take comprehensive measures combining quantitative and qualitative ones to resolutely strike back.

"Such practice of imposing extreme pressure and blackmailing is contrary to the consensus the two sides have reached through rounds of consultations, and disappoints the international community," the spokesperson said.

The response taken by China aims to safeguard and defend not only the interests of the Chinese nation and the people, but also free trade regime and the common interests of mankind, said the spokesperson.

No matter how external environment changes, China will follow its established rhythm, stick to the vision of making development people-centered, resolutely advance reform and opening up, resolutely promote high-quality economic development, and accelerate the development of a modern economy, said the spokesperson.