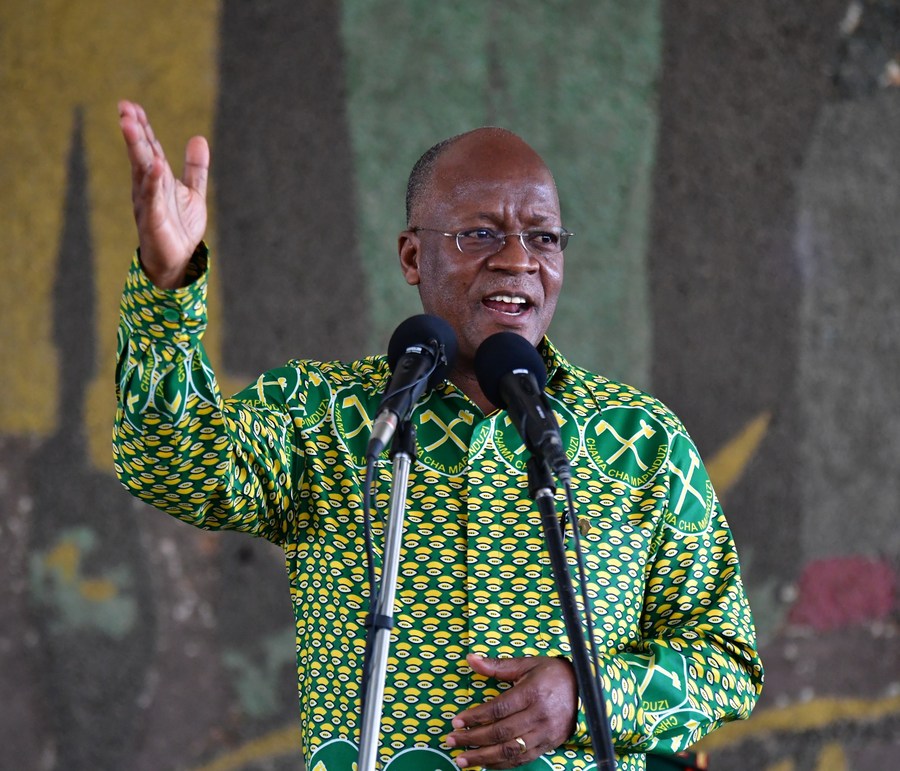 Foreign ministry spokesperson Zhao Lijian said Magufuli had attached great importance to the development of relations with China and made important contributions to the promotion of China-Tanzania cooperation in various fields.

"China expresses its deep condolences for his unfortunate death and sincere condolences to the Tanzanian government and relatives of President Magufuli," Zhao said.

Magufuli was an outstanding leader of Tanzania who firmly defended national sovereignty, opposed foreign interference and led the Tanzanian people to actively promote the country's economic and social development and has been supported by the Tanzanian people, Zhao said.

He added that China cherishes the profound traditional friendship between the two countries, and the Chinese people will stand firmly with the Tanzanian people at this moment of grief.

Magufuli passed away due to heart disease at the age of 61, Tanzania's Vice President Samia Suluhu Hassan announced on Wednesday.