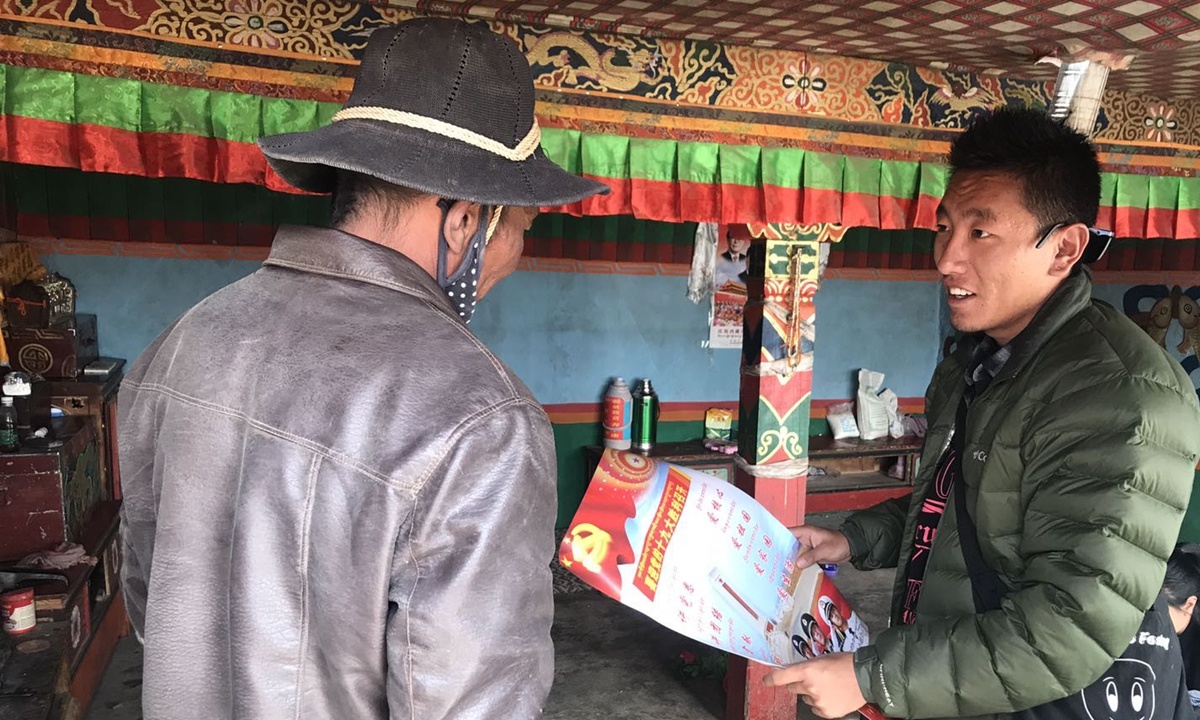 Although the COVID-19 epidemic has increased the difficulties of China's poverty alleviation work, the country is approaching a final victory as three remaining provincial-level regions are having their poverty-alleviation achievements undergo public scrutiny before announcing the result, while at least 19 other provincial regions' former poverty-stricken counties have shaken off the label this year.

Among the remaining three, South China's Guangxi Zhuang Autonomous Region and Northwest China's Gansu Province are likely to announce they have lifted all counties out of poverty after the public scrutiny period ends on Wednesday. Southwest China's Guizhou Province's publicity period will last until Sunday.

But China will comprehensively review the poverty alleviation work to make sure it is a solid success and announce the results in the first half of 2021, experts said, noting the country will also set new targets to improve living standards.

Poverty alleviation is a macro task, but it would have been impossible to achieve without local governments' and officials' efforts over a period of years, which in all ways altered the lives of poverty-stricken people.

The remote Ali Prefecture in Southwest China's Tibet Autonomous Region has one of China's most desolate landscapes. In many rural areas of Ali, not even a blade of grass grows.

Some tough Tibetans have been herding animals at an altitude of 4,650 meters for centuries, confronting the harsh environment with meager income. They slept in small tents in the sand and the wind, and many never went to school.

But life has changed greatly thanks to the poverty alleviation policies.

Tsering Tarchin, a young man from an Ali township who graduated from a college in Sichuan Province, went to Ali's Tuduo village last year to serve as an official and help villagers raise their living standards.

He told the Global Times that villagers now work at a sand factory and a yak farm. They could also receive 8,000 yuan ($1,221) in annual subsidies for returning grazing land to conservation areas.

Their medical fees are mostly reimbursed by the government. Plus, all children go to school for free, as Tibet is the first region in China that provides 15 years of free education, Tarchin said.

"Policies here are really favorable (for poverty-stricken households)," Tarchin said. "Our [officials'] daily task is to visit the villagers, explain policies to them, check if the children are going to school, and help them apply for bank loans or other sponsorship."

The official-village bond is very close and Tarchin took family photos for the villagers a few months ago.

Tarchin is among 20,000 people stationed in rural Tibet. Some 3 million "Tarchins" nationwide made China's poverty alleviation possible, despite concerns that the economic impact of the COVID-19 pandemic, as well as floods and other natural disasters that wreaked havoc in southern provinces this summer, could affect the poverty alleviation cause.

When all provincial-level regions declare their poverty-stricken counties meet the national standards, China can proudly announce it has won the tough battle against poverty under the current stage and standard, meaning the country has reached the poverty reduction target set by the UN 2030 Agenda for Sustainable Development 10 years ahead of schedule, Chinese experts said.

Yu Shaoxiang, an expert on poverty relief legislation at the Chinese Academy of Social Sciences (CASS) in Beijing, attributed the completion of the poverty alleviation campaign amid the COVID-19 pandemic to the central government's concentrated attention and strong deployment of resources.

"It was the whole nation's all-out efforts that achieved the goal," Yu said. China has strong institutional ability to concentrate resources and solve a big task, effectively execute orders, and implement policies quickly and efficiently.

However, observers said it's not time to be complacent, and it's necessary to closely watch whether some people fall back into poverty. Therefore, the poverty alleviation projects will stay in place.

He Xuefeng, director of the China Rural Governance Research Center at Wuhan University, told the Global Times that more assistance programs will continue to serve tens of millions of people who have just escaped poverty, despite the successes.

In the next step, He stressed the importance of ensuring sustainability - meaning that people can still live at a good standard without sponsorship and assistance from the government.

"Poverty-alleviation resources should be equally accessible to prevent a small group from living solely on government funding and losing their striving spirit," He said.

China's current poverty line is an annual income of 3,700 yuan ($564), which means China needs to work further to achieve the World Bank's $2 per day standard, Yu said, hinting that the battle against poverty is not over.

But China may not immediately declare a victory in poverty alleviation after all provincial regions' declarations, as previously released information suggests the country will have a comprehensive review and announce the results in the first half of 2021.