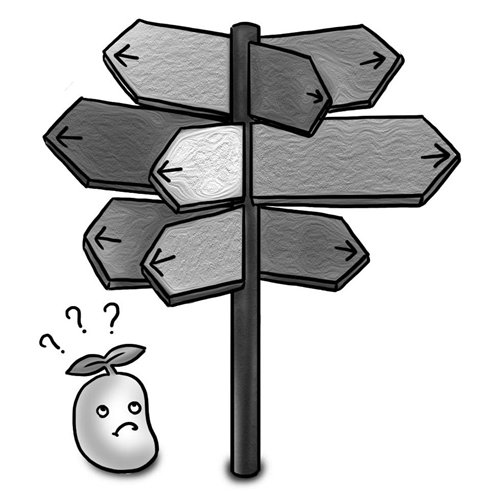 Amid the recent truce in the trade war, China has restarted imports of US soybeans, but there are still lots of uncertainties about the country's soybean trade.COFCO and China Grain Reserves Corp, known as Sinograin, have recently made purchases of US soybeans based on domestic demand and to fulfill the consensus reached by the leaders of China and the US during the G20 summit, according to statements issued on their websites on December 19. Neither of the two Chinese food giants disclosed specific volumes of their purchases.In the meantime, data released from the US Department of Agriculture last week confirmed about 3.22 million tons in US soybean sales to China in December. Moreover, a Reuters report citing an unnamed source said additional 2 million tons of soy sales were likely around the Christmas holiday, which may bring total US soybean exports to China to more than 5 million tons in December.Nevertheless, that doesn't mean the soybean trade between the two major economies will go back to the heavy trading volumes of the past.In the general view of market players, uncertainties will persist as China and the US are trying to resolve their trade dispute through negotiations by a March 2 deadline. Many are now wondering how the soybean trade will develop in the future and how the 90-day trade talks may affect China's soybean purchases. Yet, in my opinion, these questions are just the superficial issues of the trade war. Our top priority should not be focused exclusively on trade negotiations, but rather we need to support small and medium-sized enterprises as well as the agriculture sector as soon as possible. The current situation of farmers must be improved and the financial sector should be encouraged to support the agriculture sector. It is critical for China to wean its heavy dependence off imported soybeans by improving the remuneration of Chinese farmers and raising domestic productivity levels.No matter what the outcome of the 90-day trade talks will be, China will not and should not import US soybeans as much as it used to. While seeking diversified import sources for its soybean supplies, China should take concrete steps to increase the supply of soybeans.It seems to be a relatively easy task to find diversified sources for soybean imports. Recent media reports have indicated that Brazil, Argentina and Russia are all interested in supplying soybeans to China. According to latest data released by the General Administration of Customs, China's soybean imports in November totaled 5.38 million tons, a sharp fall of 38 percent compared with the same period of 2017, hitting the lowest monthly import volume in two years. Of note, China purchased 5.07 million tons of soybeans from Brazil in November, up 80 percent from the 2.76 million tons recorded during the same period the previous year. Meanwhile, US soybean imports dropped to zero in the same month, compared with 4.7 million tons in November 2017.Nonetheless, it should be pointed out that supplies from these import substitute countries are still limited, and the import volumes are not as great as the US can offer. Furthermore, while we always advocate diversified sourcing in trade for the purpose of national economic safety and food security, it needs to be acknowledged that with high level of planting, the US soybean production is the most productive and competitive in the world with affordable prices. Therefore, setting aside politics and trade war aside, it is highly cost-effective to import US soybeans. In fact, no other country, other than China, can buy such a large amount of US soybeans, while no other country, apart from the US can offer volumes at such a competitive price.China was the world's largest importer of soybeans, with a heavy dependence on imported soybeans before the trade war. In 2017, China imported 31.7 million tons of soybeans from the US, accounting for 60 percent of the total US soy exports, with the transaction volume reaching $12.25 billion. The relatively cheap price for imported soybean actually demonstrates well the problem that the productivity level of China's agriculture industry is mediocre. The reason why China now seeks import substitutes from Brazil, Argentina and Russia is because their prices are still cheaper compared with domesticly produced soybeans.At present, more than 80 percent of China's demand for soybean relies on imports. With 700 million farmers in China, if their productivity level could be improved and farmers can receive higher government subsidies and better social security, the country may not need to import such a huge amount of soybeans each year.In the long run, our government should offer better protection to farmers by giving them insurance, subsidies and other support measures, so as to encourage the use of domestic soybeans as much as possible. In the meantime, diversified import sources are essential for China to better protect its interests in soybean trade and provide food security for the nation.