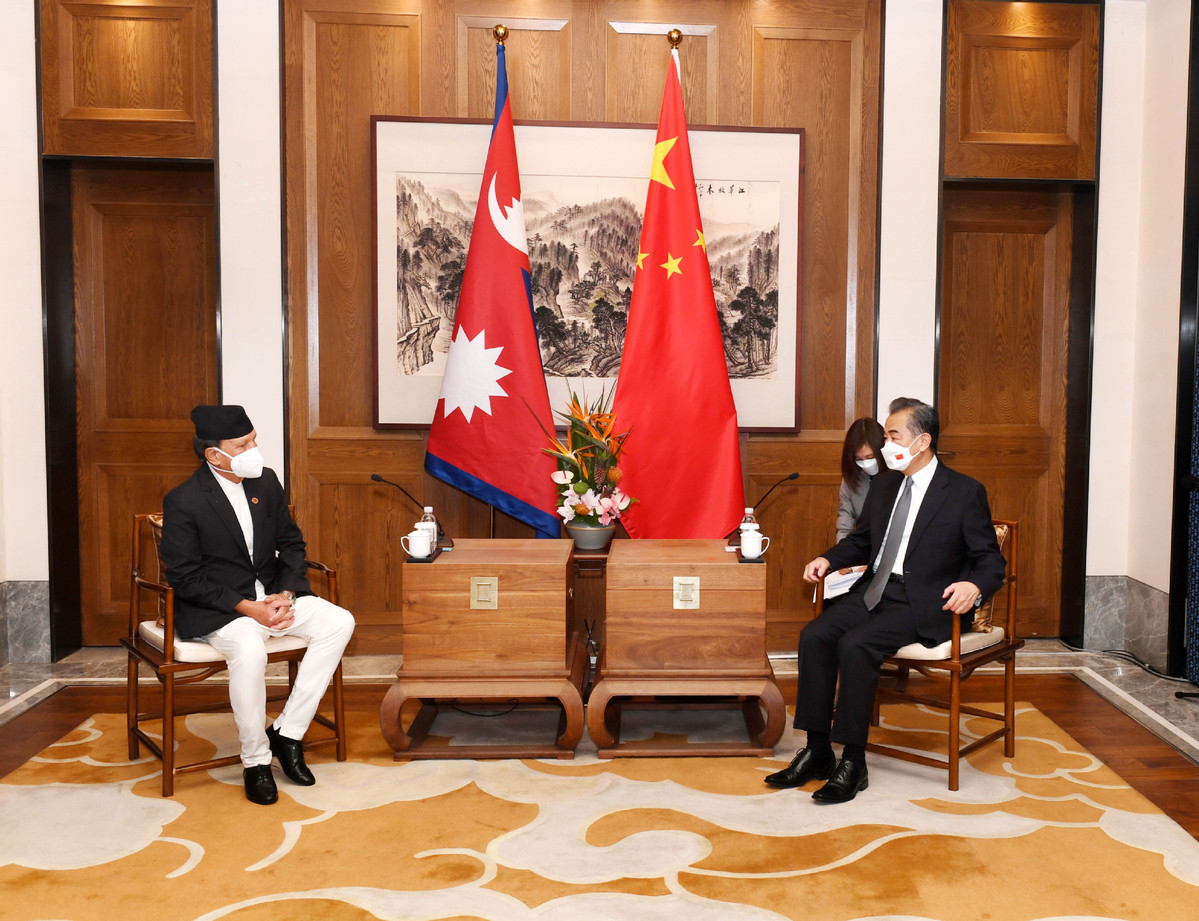 China will use its aid funds for Nepal to support the feasibility study of a China-Nepal cross-border railway and will send experts to Nepal to conduct surveying work within this year, according to the Foreign Ministry.

During their talks, the two foreign ministers reached a wide-ranging consensus on cooperation between China and Nepal, including the countries' partnership on electric power interconnection projects, a road improvement project in Kathmandu and the building of a Trans-Himalayan Multi-Dimensional Connectivity Network, according to a statement released by the Foreign Ministry after the meeting.

The two nations also agreed to conclude negotiations on an implementation plan for Belt and Road cooperation as soon as possible, the statement said.

China welcomes Nepal's exports of tea, medicinal herbs and farm and pasture products, and encourages Chinese enterprises to invest in Nepal, in order to help the country develop manufacturing and modern agriculture and enhance its capacity for self-driven development, it added.

Wang said during the meeting that no matter how the international and regional situations evolve, China and Nepal have always firmly supported each other on issues related to their core interests and always stand shoulder to shoulder in the face of tests and challenges.

China will continue to support Nepal's efforts to safeguard its sovereignty, independence and territorial integrity, as well as its efforts to find a development path suited to its own national conditions, he said.

Khadka hailed the countries' relationship, saying that Nepal and China enjoy a time-honored friendship and they are true tested friends. The two countries have always treated each other as equals and respected each other, setting a good example of friendship, mutual benefit and win-win results between large and small countries, he said.

The Nepalese foreign minister reiterated that Nepal firmly adheres to the one-China principle and will never allow any activities conducted on its territory to oppose China or harm China's interests.

Nepal supports China's legitimate position on its internal affairs, including those of the Tibet autonomous region, the Xinjiang Uygur autonomous region and the Hong Kong Special Administrative Region, Khadka said.

Noting that Nepal will continue to stand firm together with China to safeguard and act on multilateralism, he said that Nepal supports the visions of the Global Development Initiative and the Global Security Initiative, and is trying to find a way to participate in and seek synergy with the two initiatives.

Li Qingyan, a researcher of South Asian studies at the China Institute of International Studies, said that the two countries, especially their political parties, have maintained friendly cooperation, and Nepal is "one of the first countries to have voiced support for the Belt and Road Initiative".

Equality, mutual respect, noninterference in each other's internal affairs, as well as support for each other over issues concerning their core interests form an important foundation for bilateral cooperation, Li said.