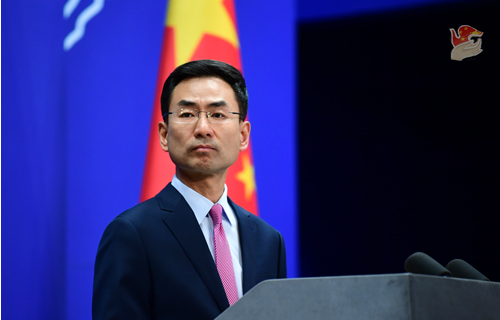 The US decision to drop its currency manipulation charge against China is a fact-based consensus acknowledged by the international community as China has never been a currency manipulator, said Geng Shuang on Tuesday, the spokesperson of China's Ministry of Foreign Affairs.

The latest conclusion from the International Monetary Fund (IMF) has assessed the exchange rate of the Chinese yuan is basically in line with economic fundamentals, confirming China’s impeccability, Geng added.

"China is a responsible power", Geng said. "We have reiterated on many occasions that we will never engage in competitive devaluations or use the exchange rate as a tool to respond to external disturbances such as trade disputes."

Geng said China will unswervingly deepen the reform on marketization of the exchange rate, continue to improve the floating exchange rate system based on supply and demand, with reference to a basket of currencies to balance and stabilize the rate of the Chinese yuan.