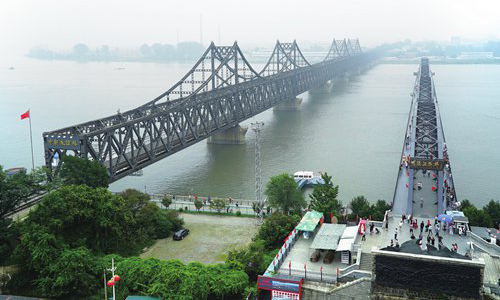 Chinese analysts on Monday hailed a Chinese delegation headed by the Party chief of Northeast China's Liaoning Province to North Korea as a move that will help revitalize the Chinese region and support the economic growth of North Korea.

During his visit, Chen said the two provinces have frequent exchanges and cooperation.  This year marks the 70th anniversary of China-North Korea diplomatic ties and Liaoning Province will work with the relevant departments of the North Korean side to implement the important consensus of the top leaders of the two countries and make new contributions to promoting the development of bilateral relations in the new era.

Kim agreed with Chen and said he hopes the two sides will expand cooperation in agriculture, healthcare and tourism.

The delegation witnessed the signing of an agreement on the prevention and control of infectious diseases between Dandong, Liaoning Province and Sinuiju, North Pyongan Province.

"The visit not only supports North Korea in its economic construction and opening-up but will also help revitalize Northeast China," Da said.

Although the UN has not completely lifted sanctions on North Korea, China and North Korea can cooperate in certain sectors including culture, tourism and other areas that are not included in the sanctions, Da said.

Cooperating with China "can improve North Korea's economic dynamics, give the country real benefits and help promote the overall economic cooperation in Northeast Asia," he said.