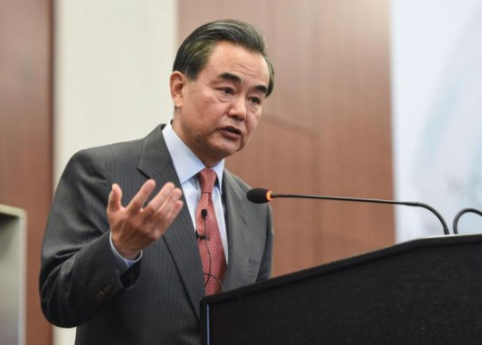 Wang stated that after 70 years of ups and downs, China still keeps true to its original aspirations. Chinese people remain true and lasting friends and sincere supporters of their foreign friends. Meanwhile, China and other countries have been increasingly interconnected in a community of a shared future.

In the face of an international landscape full of uncertainties, China will maintain the stability and continuity of foreign policies, remain committed to major country diplomacy with Chinese characteristics, safeguard world peace and prosperity and promote the development of humankind.

China has pursued independence. China will continue to adhere to an independent foreign policy of peace. It neither attaches itself to any big power nor intimidates other countries. China will continue to safeguard its core interests and legitimate rights and is not afraid of strong power or pressure. China will continue to practice the basic principles of the UN Charter, such as sovereign equality and non-interference in other’s internal affairs and will never seek hegemony or expansion. The principle of peaceful development has long been included in the Constitution of the People’s Republic of China and remains the cornerstone of China’s diplomacy.

China upholds fairness and justice. In the international arena, China speaks fairly and works morally; China opposes hegemony, tyranny, and bullying, and persists in joint discussion, joint building, and joint sharing. China advocates that international affairs should be handled according to the merits and demerits of the matter itself and that things around the world should be dealt with by the people of all countries through consultation. As the largest developing country, China will be firmly aligned with developing countries to safeguard their common interests and rights to develop, to expand their representativeness and say in global governance and push the democratization of international relations.

China does not seek one-sided safety, nor does it put its own national interests first. It always implies its own development in the trend of world development, expands its common interests in the process of opening up, and realizes the sharing of opportunities in cooperation.