CHINA China not fazed by threats or pressure: Wang Yi

China not fazed by threats or pressure: Wang Yi 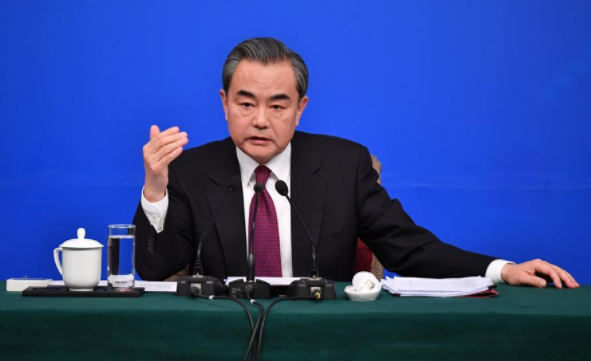 Wang made the comment Friday while attending the general debate of the 74th session of the UN General Assembly at the United Nations headquarters in New York.

“Distancing ourselves from challenges and blaming others are not the solutions to issues brought by globalization. The lesson of the Great Depression in the last century still stays fresh in our mind. Escalating economic and trade friction by hiking additional tariffs will disturb the industrial and supply chain around the globe, hurt the multilateral trading system and the global economic and trade order, and even plunge the world economy into a recession trap,” he remarked.

China insists on taking calm, rational, and cooperative approaches to solving the economic and trade friction and will show our utmost patience and goodwill. But when some players frequently go back on their word, ignore equal play and show an obvious lack of respect for the game rules, China will also take necessary countermeasures, defend our lawful rights and interests, and uphold international fairness and justice, he said.

Wang said as a country with 5000 years of history, 1.4 billion hard-working and brave people, and a land mass of 9.6 million square kilometers, any threat is not threatening, and any pressure is not stressing for China.