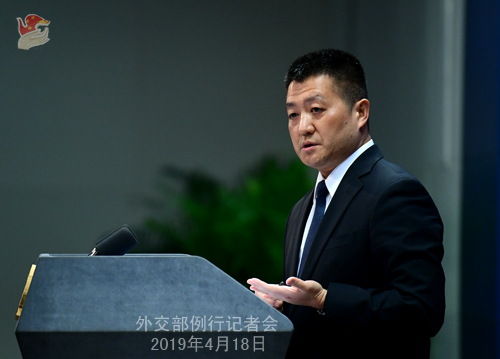 The political settlement of the Korean Peninsula nuclear issue is at a key stage, and China encourages all concerned parties, the Democratic People's Republic of Korea (DPRK) and the United States in particular, to meet each other halfway, China's Foreign Ministry spokesperson Lu Kang said Thursday at a regular press conference in response to the DPRK's weapon test.