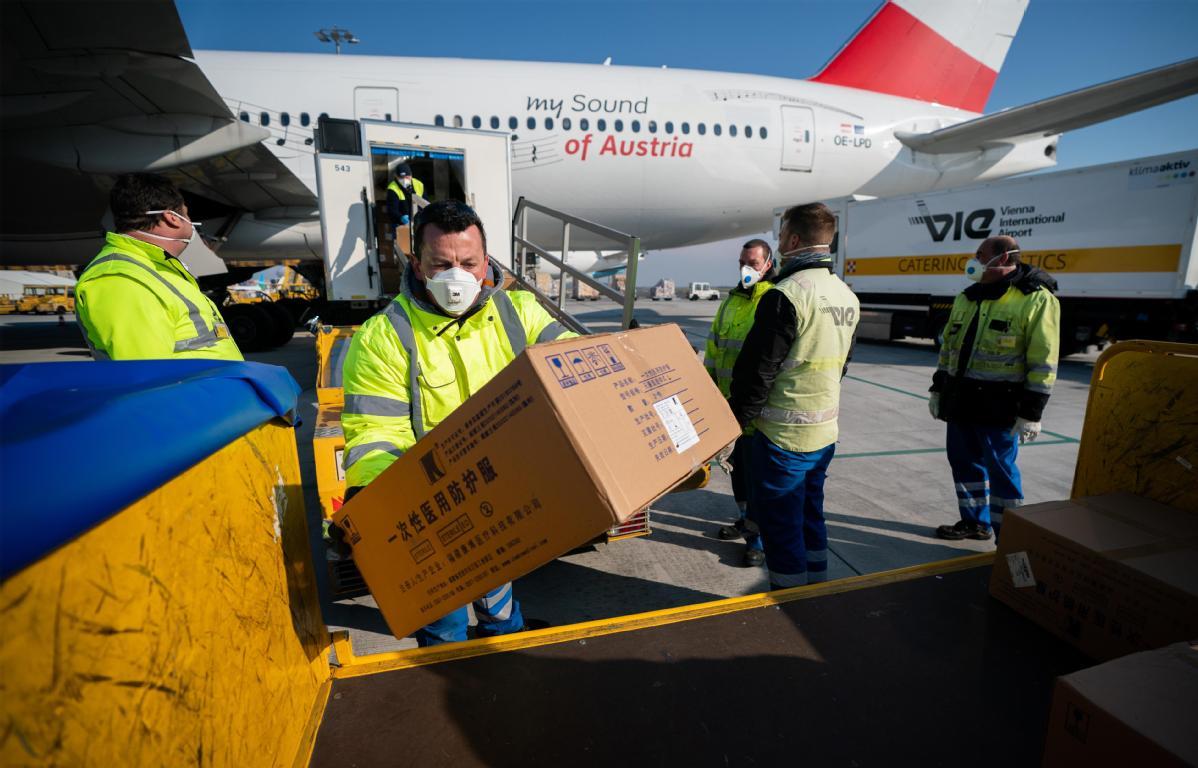 Some 130 tons of protective gear is unloaded from an Austrian Airline airplane that arrived from China at Vienna Airport in Schwechat, Lower Austria on Monday. The cargo is bound for Italy. (Photo: AFP)

A new round of aid implementation programs is currently being prepared, Deng Boqing, deputy head of the CIDCA, said at a press conference held in Beijing.

"China's anti-virus external assistance is the most intensive and wide-ranging emergency humanitarian operation since the founding of the People's Republic of China in 1949," Deng said.